Driver booked for not having the required permit to ferry students. 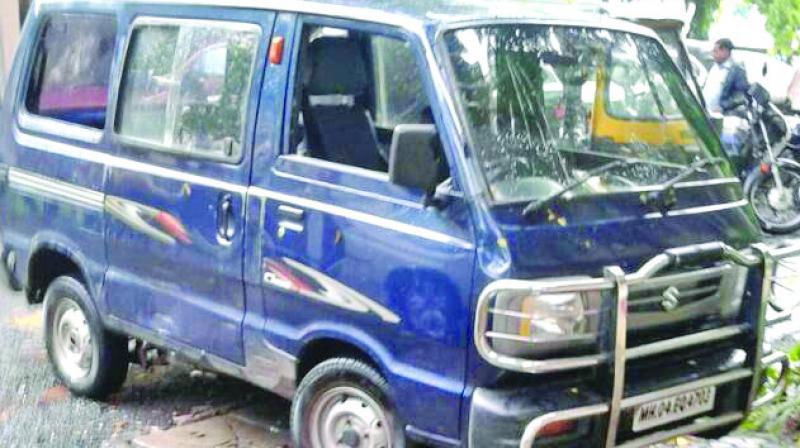 The collision took place at 6.45am near the east-west bridge in Kandivali.

Mumbai: A school van ferrying six students collided with an automobile at 6.45am near the east-west bridge in Kandivali on Tuesday. The students sustained relatively minor injuries. The students were on their way to the Children’s Academy in Ashok Nagar, Kandivali (east). The Kandivali police has detained the van driver and seized his vehicle.

However, he was later released when he produced all the van’s papers. The police has booked him for not having a valid permit to ferry students, and registered a minor accident case.

Officers at Kandivali police station said five students who were sitting in the van sustained minor bruises, while a girl’s left knee was injured.

The children were immediately rushed to the private Namaha Hospital in Kandivali (west). The staff that attended to the victims said that injuries could be ameliorated with a few ice packs. The students’ parents then reached the spot and left with them.

Anil Garg, the president of School Bus Owners’ Association (SBOA) said, “We have been shouting ourselves hoarse about the perils of mini-vans and the threat to children who travel in them, as they do not conform to any of the school bus safety norms stipulated by the central and state government. The traffic department and politicians turn a blind eye as they benefit from illegal vans.”

He added, “The SBOA has made several representations to various authorities pointing out the discriminate practices adopted by them, victimising bus owners and not taking any action against vans or auto-rickshaws thus compromising the safety of innocent children. The governme-nt should take responsibility for Tuesday’s incident where the kids were miraculously  saved”

THE TWO SIDES OF THE DEBATE