No evidence of sexual assault on Shetye: Autopsy report

The investigation into the alleged murder of Byculla prison inmate has been transfered to Mumbai crime branch. 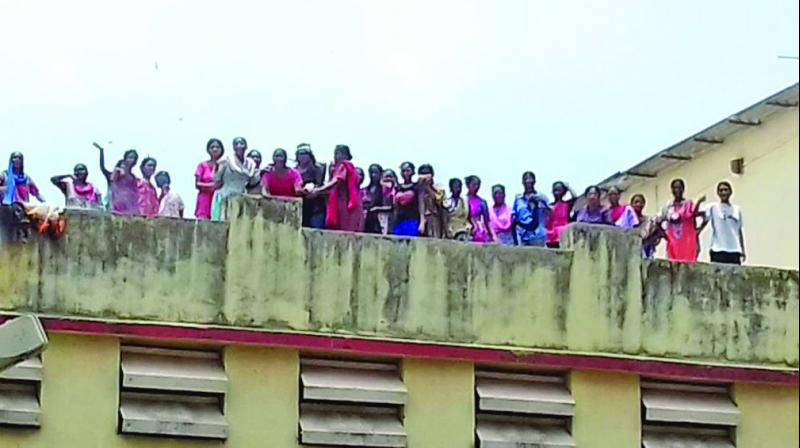 On Friday, Manju Shetye was allegedly assaulted by six jail staffers after she raised questions over food stock.

Mumbai: Amid allegations that Byculla women’s prison officers sexually assaulted and inserted a stick in the private parts of inmate Manju Shetye, who died following the alleged incident, hospital authorities have said the autopsy on Shetye’s body finds no evidence to support it.

Authorities at JJ Hospital, where the autopsy was conducted, said no sign of Shetye getting sexually assaulted were visible during the autopsy. Dr T.P. Lahane, dean of JJ Hospital, said the police has been informed about the autopsy’s findings.

“We have informed the police that the autopsy conducted on Shetye has not revealed any sexual assault on her. The viscera and chemical analysis tests are also being conducted and the reports of the same are awaited,” said Dr Lahane.

The allegations have been made in the first information report (FIR) registered by the Nagpada police that was based on the accounts of an eyewitness, a jail inmate.

Convict Shetye (40), is suspected to have been beaten to death by six Byculla prison staff on Friday over her raising queries about missing eggs and pavs in her capacity as barrack warden.

One of the inmates in her police statement claimed that the jail staff assaulted Shetye after she pointed at the food stock and alleged that two eggs and five pieces of bread were missing. Following this, officer Manisha Pokharkar along with jail staff Bindu Naikade, Waseema Shaikh, Sheetal Shegaonkar, Surekha Gulve and Aarti Shigane targeted Shetye, the statement said.

Meanwhile, the investigation into the alleged murder of Byculla prison inmate has been transfered to Mumbai crime branch.