No end to waterlogging woes

Colaba observatory has predicted moderate to heavy rainfall in city and suburbs with thunderstorms in the next 24 hours. 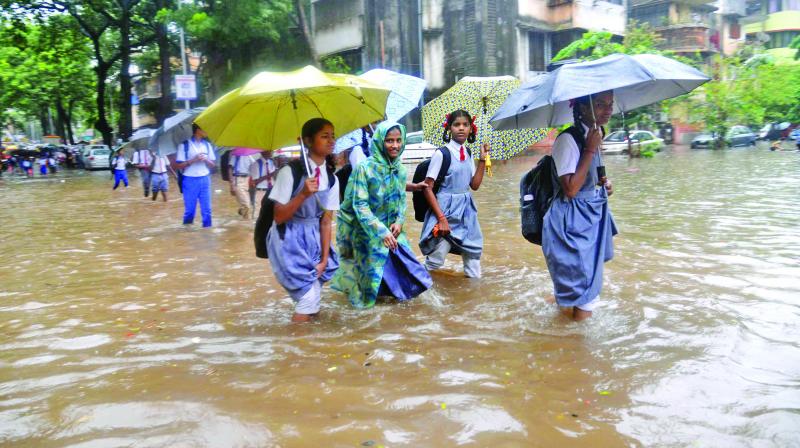 Mumbai: As the clouds blessed the city with the season’s second downpour on Tuesday, the same old tale of water logging strengthened its grip in various parts of Mumbai.

With the rainfall lashing its wrath on the city roads during the early hours of the day, several areas were affected; bringing railways and road traffic to a somewhat halt, causing major inconvenience to the formal clad office goers.

A looming 4.81 meters of high tide was recorded in the afternoon around 2.41pm and the citizens were spared from further trouble, only thanks to the downpour, which had
considerably receded by then.

On Monday by 8:30am, the Colaba observatory had recorded 66.8mm of rains while the one in Santacruz had recorded 39mm for the previous 24 hours.

On municipal automatic weather stations, the city observed a rainfall of 50.9 mm, whereas the western and eastern suburbs recorded 67 mm and 26.5 mm of rainfall respectively. 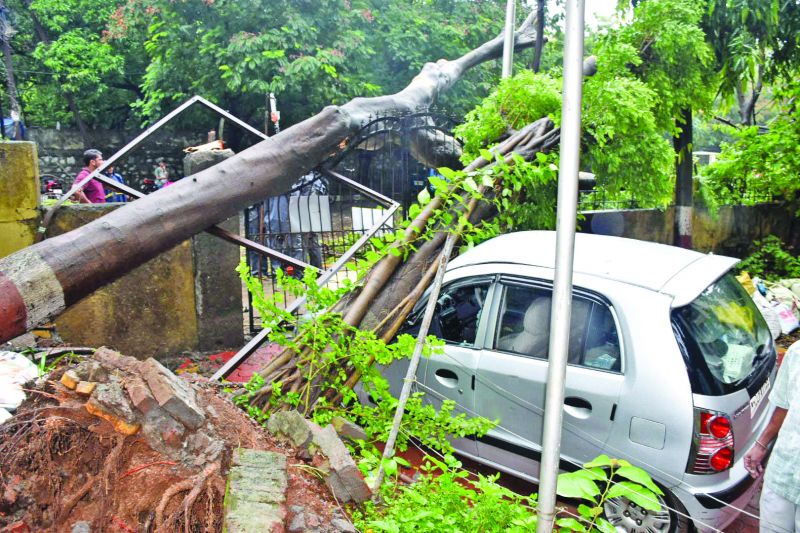 Tree falls on a car in Thane (Photo: Deepak Kurkunde)

The Colaba observatory has predicted moderate to heavy rainfall in city and suburbs with thunderstorms in the next 24 hours.

“We deployed 79 dewatering pumps — 38 in the city, 26 in eastern and 15 in western suburbs — to discharge water from the spots that are prone to flooding,” said a senior civic official.

“Due to water logging near Parsi colony on Tuesday morning, dewatering pumps had to be used. However, despite using the pumps, it took a long time for the water to clear out,” said Nikhil Desai, a civic activist from Matunga.