The researchers have differentiated the species on the basis of genetics and morphological characteristics. 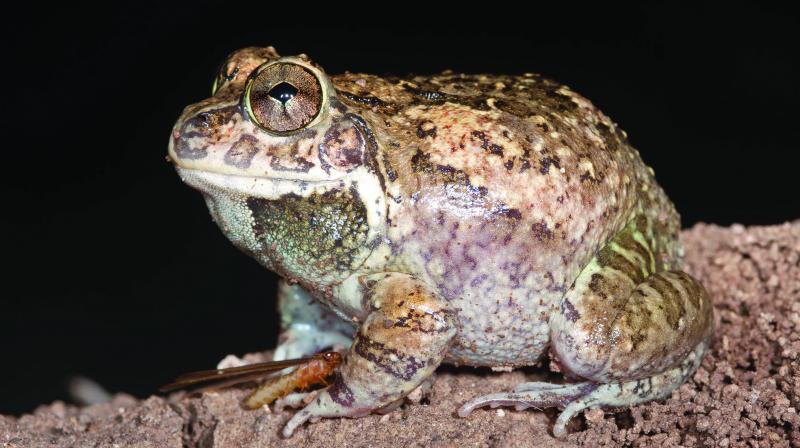 The species is called ‘Sphaerotheca pashchima’.

Mumbai: A new species of the burrowing frog has been discovered in Pune wildlife sanctuary by three researchers and two forest officials. The team, which had set out to find out if fungal diseases affected amphibians in western Maharashtra, stumbled upon the species, which has been named ‘Sphaerotheca pashchima’. The research paper on this new finding was published in the Journal of Threatened Taxa and one of its authors include the current Chief Conservator of Forests for Thane division.

A collaborative effort between the Pune-based Institute of Natural History Education and Research (INHER) and the Pune forest division (Wildlife), lead to the discovery of the amphibian from the grasslands near Saswad town, on the south-east of Pune. Named ‘Sphaerotheca pashchima,’ indicating the species was discovered western Maharashtra.

“It is a common belief that wildlife research is the sole responsibility of wildlife experts and researchers. However, this time the forest department decided to participate in the project and gave permission for conducting research in the grassland sanctuaries such as Mayureshwar, Rehekuri, Karmala and Supe, which helped in exploring the hidden diversity of usually unattractive but ecologically important loop of the food chain,” explained Dr. Padhye (associate professor, zoology department, Abasaheb Garware College, Pune.

In past one year, 12 new species of frogs have been discovered in the Western Ghats. One such discovery was made last year when a PhD student from the University of Delhi, Sonali Garg, stumbled upon four new species of burrowing frogs. Researchers say the number of amphibian species from the region has almost doubled in a span of 10 years.