According to BMC sources, due to technical and transport issues, it has been unable to get the sites functional. 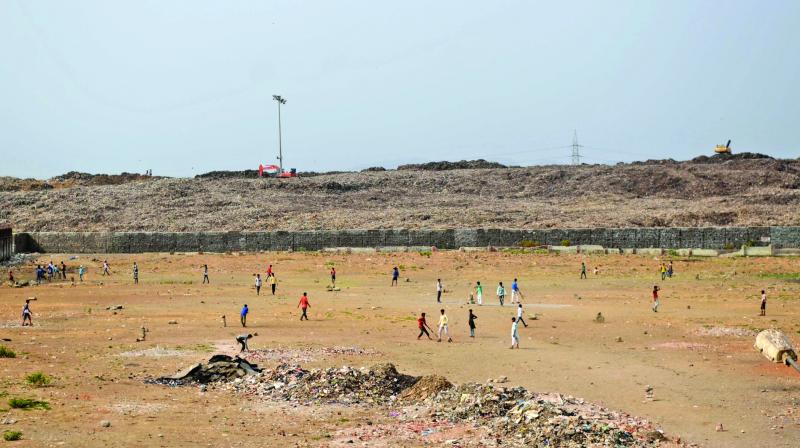 As per HC’s earlier order, the Deonar dumping ground should have been shut by June 30 as it has reached its saturation point and can’t take any more trash.

Mumbai: As the deadline to shut down the Deonar dumping ground on June 30 comes close, the BMC is all set to move an application in the Bombay high court on Thursday, seeking an extension on the closure, as it has not been able to identify an alternate spot for dumping.

As per a February 2016 high court’s order, the Deonar dumping ground had already reached saturation and was posing an environmental threat, hence the BMC was asked to shut it and find an alternate spot.

A division bench of Justices A. S. Oka and C. V. Bhadang, while hearing a public interest litigation filed by Pandurang Patil, had observed that the state and the civic body had failed to take any serious steps to ensure proper management and disposal of solid waste at the Deonar and Mulund dumping grounds.

During the hearing, the BMC had sought the HC's permission to continue to use the Mulund and Deonar dumping sites for garbage as the alternate sites provided by the state at Airoli and Taloja were not operational. The bench had allowed for an extension till June 2017.

It had suggested that a committee be formed under the chairmanship of a retired civil servant to monitor the setting up of waste management facilities at the dumping sites and ensure that solid waste was scientifically treated.

According to BMC sources, due to technical and transport issues, it has been unable to get the sites functional.

Hence it would be applying for a further extension when the matter comes up for hearing on June 29.