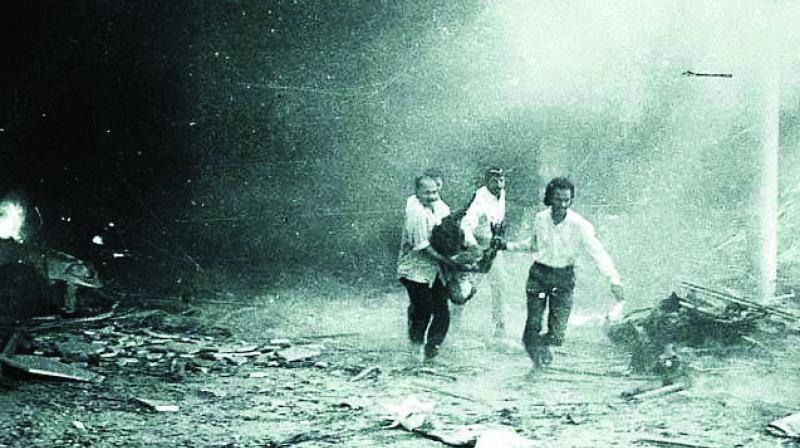 Mumbai: The Central Bureau of Investigation (CBI) on Tuesday sought capital punishment for convicts Mustafa Dossa and Firoz Khan in the 1993 serial blasts case. CBI counsel Deepak Salvi argued before the court that both had played a main role in the blasts and have no repentance about what they did. He argued that the crime they committed falls under the rarest of rare cases.

After holding them guilty, the court allowed prosecution to open arguments regarding quantum of sentences. Accordingly, prosecutor Salvi on Tuesday argued before the court.

“Mustafa Dossa is the main brain behind the 93 blasts. He was also the first person who took steps to arrange explosives and people for the blasts” argued Mr Salvi.

“Dossa had financed the blast and also made arrangements to send the other accused to Dubai. Dossa had arranged the first meeting of Dawood, Tiger Memon and other gangsters to plan and execute the blast,” said Mr Salvi.

“Dossa had committed a crime that was graver than Yakub Memon’s and hence he should also been given capital punishment, which is death,” Mr Salvi said.

Subsequently, Mr Salvi also argued against the convict Firoz Khan. Calling him the “dominating member of the Dossa gang,” he said Khan used to help Dossa in the smuggling business and “followed every instruction of Dossa”.

“Khan had conspired with customs officials and police officers to bring explosives into the country. He also attended a meeting on January 1993 at Persian Darbar hotel at Panvel, (to plan the blasts)” said Mr Salvi.

Khan was not only close with Dossa but he had met Dawood twice at his Pakistan residence, the CBI counsel said.

Khan had also attended the marriage function of Dawood’s son Humayun in Pakistan, he argued.