The massive Versova Beach clean up led to removal of 15 million kilograms of garbage from the beach in two years. 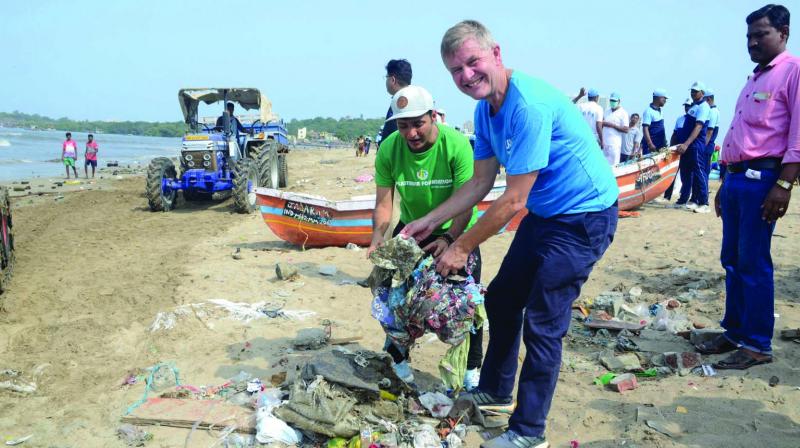 Mr Solheim is on his India visit given the country is the global host of the World Environment Day this year, which is annually celebrated on June 5.  The massive Versova Beach clean up led to removal of 15 million kilograms of garbage from the beach in two years.

“The first time I came here, it was the worst scenario with plastic littered everywhere on the beach. There has been fantastic improvement now, as though there is some amount of plastic on the surface, it has reduced to a good extent. Throughout the country, the state and central government is also taking steps to clean the rivers along with various organisations, it is commendable,” said Mr Solheim.