CM: If required, action will be taken

An inquiry has been initiated into the mishap, which led to the Ark Deck Bar vessel sinking on Friday following directions from the CM. 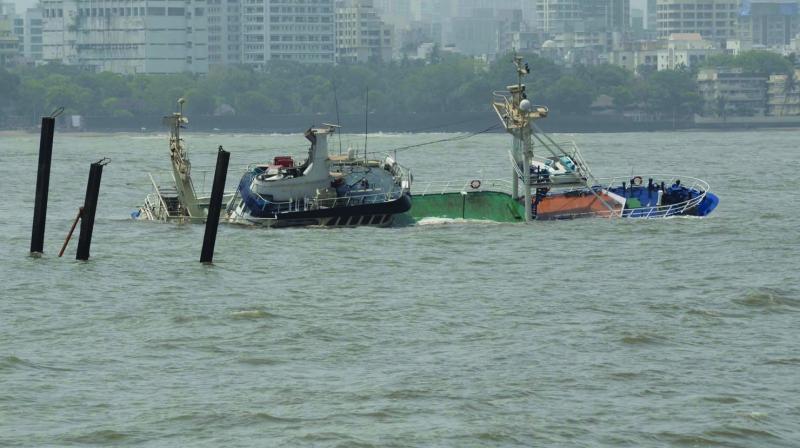 The bar was still submerged in the water on Sunday. (Photo: Shripad Naik)

Mumbai: Chief minister Devendra Fadnavis said that even though the floating hotel, Ark Deck Bar, which sank near the Bandra Worli Sealink on Friday, had the requisite permissions from the authorities, he has ordered “an inquiry and said that action would be taken against the owners if required.” It is learnt that liquor permission was allegedly issued against the opinion of the excise department officers, said sources.

An inquiry has been initiated into the mishap, which led to the Ark Deck Bar vessel sinking on Friday following directions from the CM. The Maharashtra Maritime Board had taken steps to remove the wreck from the spot as it will create problems during the monsoon. Consultants and experts have conducted their inspection and the salvage work will be completed in the next few days.

Board officers and excise department officers are examining the permission documents for any kind of illegalities on the part of the owners, said sources. Though the floatel had permission for 140 guests, it was violated many times. Also, the vessel was moving across the seacoast, and as per excise rules, bar permission cannot be granted and the department had opposed the license. But the matter reached minister Chandrashekhar Bawankule and the licence was given, said sources.

Mumbai BJP leader Vivekanand Gupta has levelled various allegations regarding illegalities by the owners while obtaining the licences and flouting rules later. He demanded that CM Fadnavis and Mr Bawankule to conduct an inquiry into the matter.