Due to its location on the Mumbai-Pune Expressway, Karjat's state-run hospital is the only medical facility where accident victims are taken. 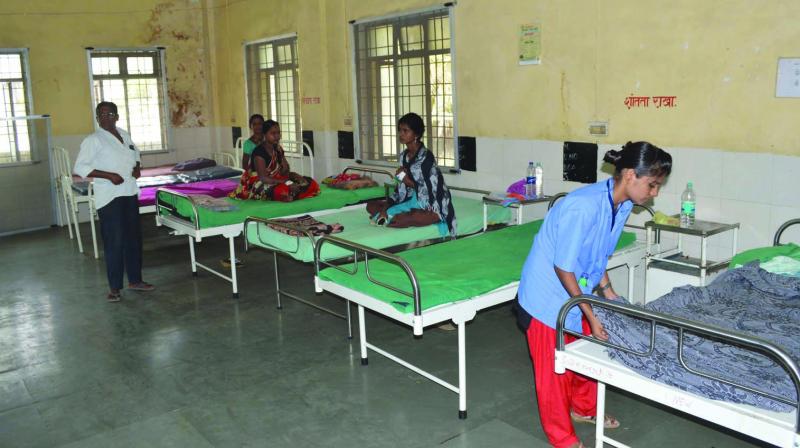 Mumbai: Raigad collector Dr Vijay Suryawanshi on Thursday implored doctors from Pune, Mumbai and Vashi to drive down in groups to conduct camps in Karjat's sub-district hospitals on Saturdays and Sundays, but none turned up The Asian Age learnt while visiting hospitals in the region on the weekend.

The collector, while making the request, had added that hotel associations in Matheran and Karjat are willing to provide free rooms for doctors to stay over the weekends.

The Asian Age visited the state-run Karjat ‘Shaskiya Rugnalay’ on Saturday, which has dire need for more medicos.

There were only two doctors there to cater to around 200 patients visit the OPD daily and the 37-odd patients who are admitted there. There are two additional doctors - a gynaecologist and paediatrician — who are consultants, and another doctor —the superintendent - who is on leave.

A good response to the collector's request could hold the key to looking after the medical needs of the 2.2 lakh population of Karjat, a weekend getaway.

Due to its location on the Mumbai-Pune Expressway, Karjat's state-run hospital is the only medical facility where accident victims are taken. But sources said, a lot of times such victims are referred to the better-equipped hospitals in Vashi and Thane.  The hospital also receives a lot of cases related to snakebites but there are no test machines available to detect the amount of snake venom inside the body.

He added, “There’s no residence facility for doctors. There are no security guards. Drugs are also not there for cardiac ailments and heart attacks.”

Chandrabhaga Waghmare (50), a resident of the remote village of Bhivpuri, said, “I was treated here for a fracture but had to be rushed to Vashi’s MGM Hospital for further treatment as advanced care was unavailable for my joint-replacement surgery.”