Trees cut as per law, cooperate: MMRC to citizens 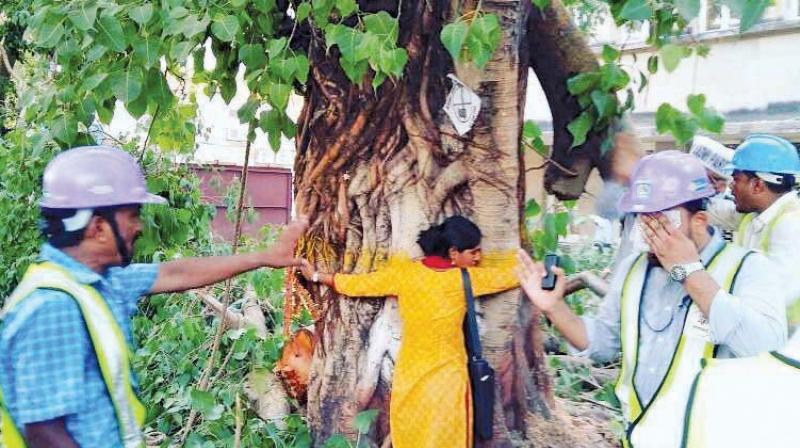 A group of activists had started a “Chipko movement” wherever the authority began felling trees.

Mumbai: Mumbai Metro Rail Corporation (MMRC) on Saturday appealed citizens that trees were being cut for Metro 3 (Colaba-Bandra-Seepz) as per the law and hence, requested their cooperation. The MMRC said that the matter was being heard at Bombay HC and everything was being carried out with required permissions. This comes after a group of activists started a “Chipko movement” wherever the authority began felling trees, two days after the Supreme Court disposed of a resident’s plea to stop axing trees affected.

MMRC’s public appeal not only states the importance of Metro 3 but also mentions that it is the first underground rail corridor due to which some trees are being impacted. MMRC has clarified that it has obtained approval for cutting and transplanting trees from the competent authority. MMRC will be cutting 1,074 and transplanting 1,727 trees. MMRC has said that to compensate for the cut trees, it will plant 3,222 trees. It has assured that trees of girth 18 to 24 inches will be planted in the same area and these will be maintained for three years.

MMRC has clarified stating that both the high court and Supreme Court have not vacated the stay and SC has even dismissed a plea challenging the HC interim order. The public appeal states that Metro 3 is the need of the hour for Mumbaikars, what with deteriorating traffic and travel conditions on roads. “It (Metro 3) will reduce carbon dioxide emission to the tune of 10,000 metric ton per year and help environmental conservation. Hence, we appeal to citizens to appreciate that there is no stay on cutting of trees for Metro 3 and that they extend their cooperation,” states the appeal.