A case has been filed against unknown persons at the Virar police station in connection with the seizure. 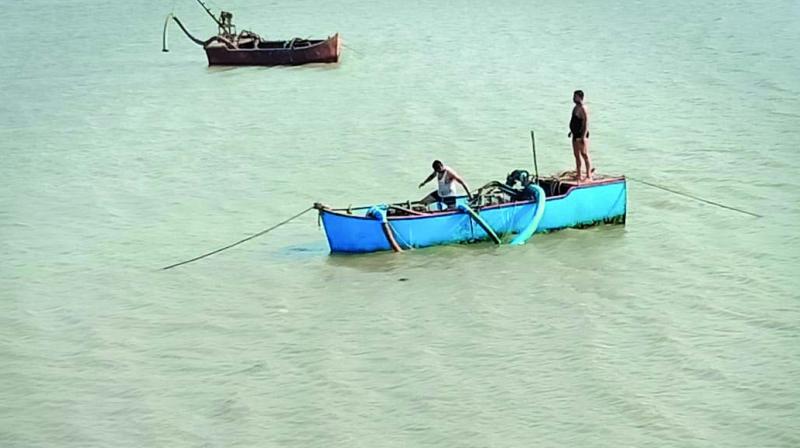 Mumbai: The Palghar police has busted a sand dredging racket and seized illegally mined sand and equipment worth `18 lakh. The state revenue department has been informed about the action and further details have been sought.

The crime branch’s Vasai unit raided the spot at Khaniwade Retibundar following complaints of illegal sand dredging activity there. The officials found that the accused had sucked out 155 brass sand worth around `7.75 lakh from the spot with the help of five suction pumps.

“The sand can be dredged only with the permission of the state government and a royalty is paid to the revenue department based on the quantity of sand that is pulled out. The accused had no such permission and were acting on their own,” said an officer of the Palghar police.

The crime branch has seized suction pumps worth around `10 lakh and illegally mined sand from the spot. The police is questioning some of the labourers apprehended from the site.

A case has been filed against unknown persons at the Virar police station in connection with the seizure. The case has been filed as per provisions of the Environment Protection Act and Indian Penal Code for theft and as per sections of the Maharashtra Land Reve-nue Code and further investigation is underway to identify the real operators of the racket.

On March 4, the Palghar police raided the creek-side village near Virar and seized at least 24 electronic detonators that were being used to carry out explosions. The police said that the accused persons were illegally dredging sand by conducting explosions, leading to panic in the neighborhood.

The police was informed about the activity at Chandeep village following which, the officials kept a watch on the accused. The police teams raided the spot late Sunday and found poclaine, detonators and other material used by these persons to dredge sand illegally. The officials said that they also found a white powder which was used to conduct explosions.