Mumbai commuters continue to get ‘no’ for an answer from auto-rickshaw drivers when asked to ply. 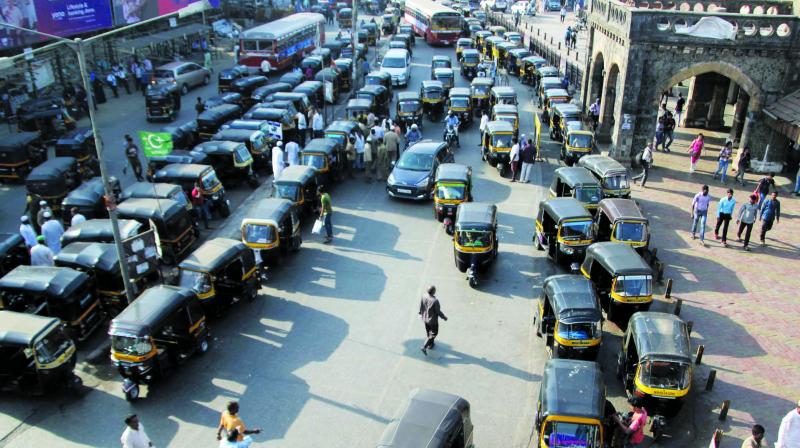 They have been refusing to run by meter. (Photo: Mrugesh Bandiwadekar)

MUMBAI: Errant auto-rickshaw drivers have been allegedly giving commuters a hard time outside the suburban Bandra railway station by insisting that they ply without consulting the meter. Adding to the misery of commuters, traffic cops deployed outside the railway station allegedly leave their post at 8 pm, turning a blind eye to the matter. Several commuters have complained to the traffic police inspector deployed at the spot but nothing has changed.

When The Asian Age visited the spot outside Bandra railway station on Friday, commuters who were in a rush and did not want to wait in line were asked to take an auto-rickshaw that would not run on meter. They would have to shell out five to eight rupees more than what would usually cost them to reach their destination. When a commuter insisted on going by the meter, he was directed towards the line where commuters would be charged according to the meter.

When The Asian Age contacted Amitesh Kumar, joint commissioner of police (traffic), about the commuters’ plight, he said that he was unaware of such a situation and the matter would be looked into at a priority basis.

Mr Kumar said, “This is absurd, and if this practice is being carried out by errant auto-rickshaw drivers, it has to be stopped immediately. This matter was never brought to me, and now that it has, we will look into it.”