ISIS suspect was deported from Saudi in 2016: Maharashtra ATS

The Maharashtra ATS on April 20 in a joint operation with the Uttar Pradesh ATS arrested Ahmed from Mumbra. 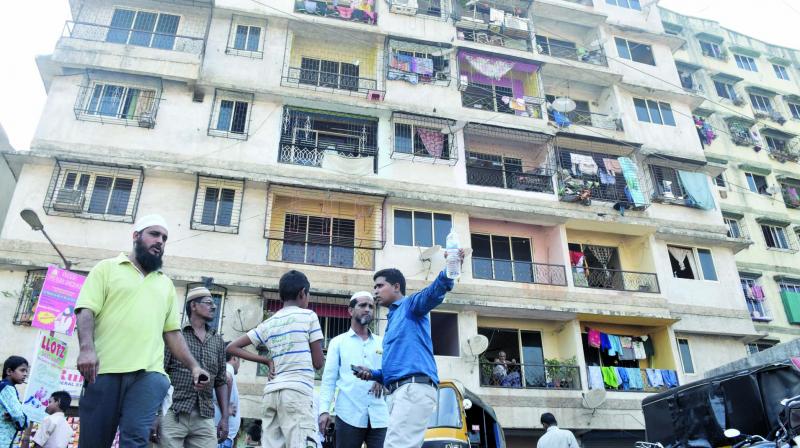 Nazim ahmed was arrested from Samadhan society, in Mumbra.

Mumbai: The probe by Maharashtra’s Anti-Terrorism Squad (ATS) has revealed that Nazim Ahmed, arrested from Mumbra a few days ago, had been deported from Saudi Arabia in 2016. Sources revealed that Ahmed used to work as a plumber in Saudi Arabia but was arrested after he continued to work on an expired work permit. Post his arrest, he was imprisoned in Saudi for 18 days and then deported to India. Thereafter, he went back to Bijnor before returning to Mumbra.

The Maharashtra ATS on April 20 in a joint operation with the Uttar Pradesh ATS arrested Ahmed from Mumbra. Ahmed has been suspected of having ISIS links and working on a terror module and planning an attack in Maharashtra. An ATS source revealed that Ahmed in 2015 travelled to Saudi Arabia for work. “He was employed as a plumber at Habab Makka and worked there for a year-and-a-half. He then changed his job and started working at Makka itself on an Iqama ID card," said the source. During an inspection, it was allegedly found that Ahmed did not have the necessary documents to seek a work permit and was arrested for the same. “He was jailed for 18 days in Saudi Arabia and then deported to India from there," the source said.

The source added that after returning to India, Ahmed stayed in Bijnor where he allegedly was impressed by Jihadi thought. “He saw posts justifying Jihad and also saw some clips about the same on social networking sites," said the source. The ATS is investigating his contacts and connections in the city and state.