The FTII Students Association, in April 15 and 16, hosted a programme called ‘Dalit Expression in Art and Literature’. 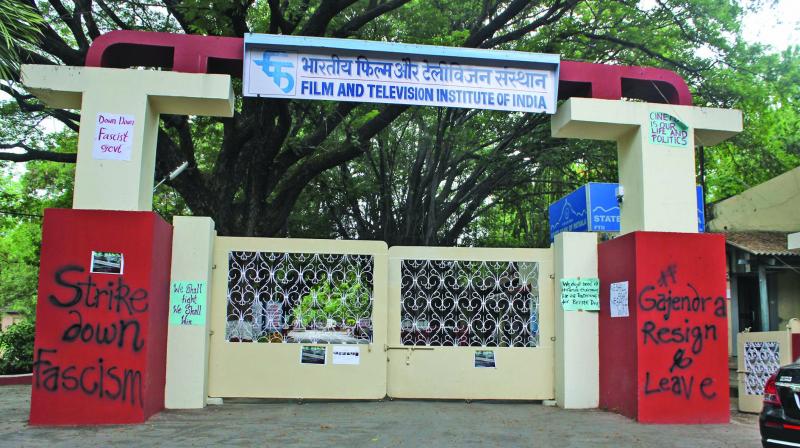 Students allege that the institute wants to censor their programmes and keep an eye on them.

Pune: A tiff has emerged between the Film and Television Institute of India’s (FTII) administration and its students after the former issued a notice to its students association for hosting a programme to commemorate Dr Babasaheb Ambedkar’s birth anniversary without requisite permission from the administration. However, blaming the institute for attempting to censor their freedom of expression, students claim that they had informed the administration about the programme and its nature in advance.

Robin Joy, president of FTII Students Association said, “We had briefed the director in advance about the programme. We were granted permission to host the programme, although we weren’t allotted the budget for the same. The dean, Amit Tyagi had granted us permission as well. The programme was hosted at the Classroom Theatre, which is a free space for students and we had even funded the program.” However, the administration has denied these claims. Bhupendra Kainthola, director of FTII, said to The Asian Age, “Since FTII itself was to host a programme to commemorate Dr Ambedkar on April17, we asked the students to merge both the programmes. We were of the view that there was no need to host two separate programmes at the same institution.” He added, “Besides, we had told them that we could not fund the programme, for which they had invited speakers from other states. Budget was one of the issues why we wanted to merge both the programmes.”

The FTII Students Association, in April 15 and 16, hosted a programme called ‘Dalit Expression in Art and Literature’. Meanwhile, FTII administration hosted the programme on April 17.