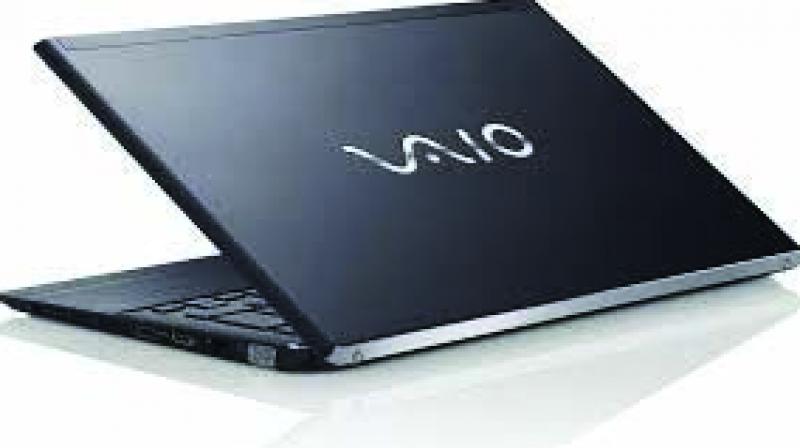 Laptops were provided to 232 corporators in BMC.

Mumbai: The high-end Sony Vaio laptops that were bought for a whopping Rs 7.67 crore have finally been returned to the Brihanmumbai Municipal Corporation (BMC) after four years for a measly sum of Rs 30 lakh. Corporators in the former BMC house made the most of the civic body’s offer of charging a paltry Rs 1,000 in lieu of returning their laptops, with 229 corporators retaining the laptops by paying the small sum.

In a bid to implement a paperless office system and provide online access to civic proposals, the BMC had decided to give its corporators laptops free-of-cost but on a returnable basis. In 2013, the civic body provided Sony Vaio laptops to 232 corporators (227 elected and five nominated) at a jaw-dropping cost of Rs 7.67 crore. The laptops were meant to be used for distributing the agenda of the civic house and its committees to members.

After announcement of BMC polls a couple of months ago, the civic administration asked corporators to pay Rs 1,000 for keeping the laptops or return them. According to civic sources, only three corporators – Rahul Shewale and Hemangi Worlikar (Shiv Sena), and Minakshi Patil (NCP) - returned their laptops whereas the remaining corporators paid the requisite money to keep them.

When contacted, Ms Worlikar said, “The laptop I was given later got damaged. When I asked civic officials, they said its one-year guarantee period was already over. The repair cost was almost Rs 16,000, so I decided to return it to the BMC.” Mr Shewale said that he already had his own laptop, so he decided to return this one. According to a majority of corporators however, the laptops were hardly used for official purposes owing to lack of Internet and software.

Slamming the BMC’s move to offer high-end laptops to corporators for just Rs 1,000, activist Nikhil Desai from Agni said, “Even a layman will buy a laptop at such a low price. No wonder almost all of them have paid the money. But it’s a sheer waste of public money since these laptops are not used for the purpose they were given.”