The researchers photo-captured 47 individual leopards from the study area, out of which 17 were identified as males and 27 females. 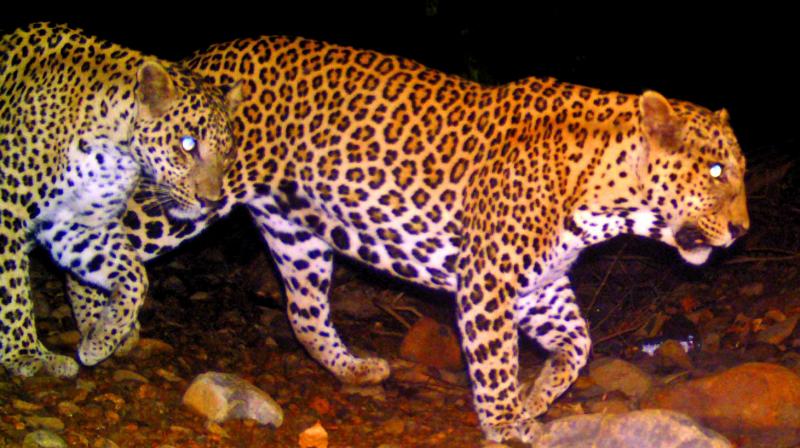 Mumbai: A survey of Sanjay Gandhi National Park (SGNP), Borivali and its surrounding forest areas has confirmed the presence of 47 leopards. Camera traps were used to document wildlife during the survey, wherein 22 leopards were photographed this year, out of which 19 are reported to be young. The researchers surveyed 140 sq km area. The survey report ‘Monitoring density and movement of leopards within SGNP and along its periphery’ was released on Wednesday.

The survey team comprises of SGNP director Anwar Ahmed and Nikit Surve from the Wildlife Conservation Society-India (WCS-India). It is the fourth such study this decade — after 2011, 2015 and 2017. Areas covered under the survey included the SGNP, peripheral areas of Aarey Milk Colony, Bombay Veterinary College, IIT-Powai, Ghodbunder village and Nagla block. Fifty camera traps were set up and activated between April 25 — May 16 and May 17 — June 8.

The aim of this survey was to get estimate number of leopards present in SGNP in the year 2018 and assess the movement of leopards inside as well as outside the National Park’s boundary.

The researchers photo-captured 47 individual leopards from the study area, out of which 17 were identified as males and 27 females. The sex of remaining three leopards is still not known. Eight leopard cubs were also photo-captured. Out of the 47 leopards photo-captured in 2018, 25 matched with the existing database from 2015 and 2017.

Two leopard individuals from 2018 matched with the database, which the researchers have from the camera trapping conducted in 2011. Female leopards were photographed with cubs of different age groups and additionally a lactating and pregnant female was also photographed.