State board warns students not to even think about copying. 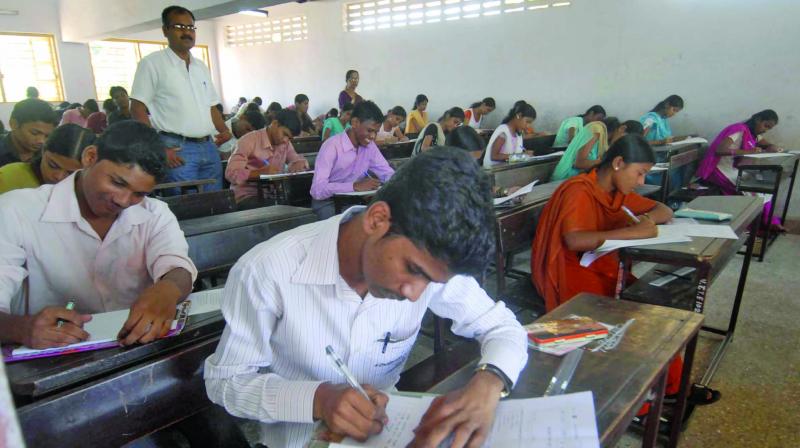 The SSC exams will be held from March 1 to 22 while the HSC exams are from February 21 to March 20.

MUMBAI: While students are gearing up for the Class 10 and 12 examinations, the Maharashtra State Board of Secondary and Higher Secondary Education (MSBSHSE), which conducts the exams, has warned them not to even think about copying or getting involved in question paper leaks as the consequences will cost them three years. Last year, 36 students were debarred for two examinations after being held for copying and cheating during exams.

“Even though students try the traditional copying methods like bringing chits or asking friends questions in the examination hall, this can be prevented if the supervisor does his or her work properly. The problem is what happens before a student reaches the hall,” an official at the MSBSHSE, Mumbai Division said.

After all the examinations last year a special inquiry committee was set up. The team of experts looked into all the students involved in copy and cheating cases. This included the students who were part of the question paper leaks that happened in Mumbra, Titwala and Kalyan. Out of the 51 students who were allegedly involved in such cases, 36 were debarred for two examinations — one regular and one repeaters’ exam conducted in August. The answer papers of these 36 students were considered invalid by the board.

Last year, the question papers leakage occurred 30 to 45 minutes before the examination began in the morning. This was done after the offender cl-icked photos of the question paper and sent it to students via social media.

Moreover, like last year, latecomers won’t be allowed to enter the exam hall. If they have a genuine reason like being stuck in traffic or if trains are running late, they will have to jot down their reasons in a form and submit it to the supervisor who will forward it to the board with a sign. “This can be used against the student if they are found to be involved in improprieties,” the official said.