State government employees’ union has strongly protested actions being taken against the officer. 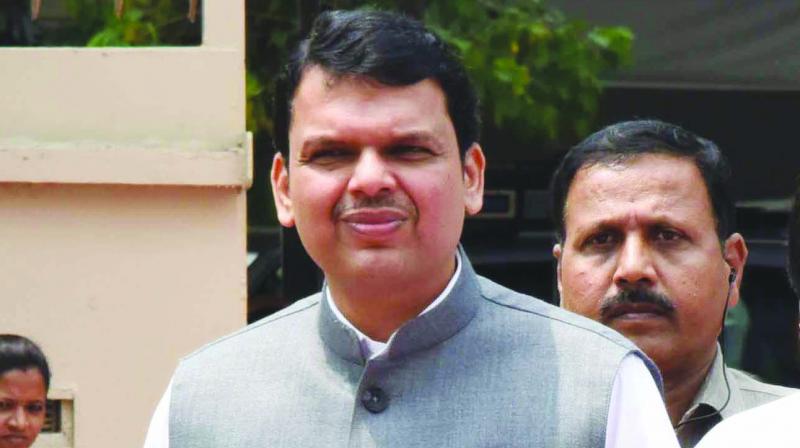 Mumbai: Chief minister Devendra Fadnavis has ordered the withdrawal of a letter by the state rural development department banning religious pictures in government offices after meeting Shiv Sena ministers. But the said letter is based on a government circular issued in June 2002.

The Asian Age has copies of the 2002 circular as well as the recent letter issued by the department reiterating the former’s contents. But overlooking the 2002 circular, the government has sought explanation from the concerned desk officer who issued the guidelines afresh earlier this month. The state government employees’ union has strongly protested actions being taken against the officer, against whom a show cause notice was served today. The desk officer, A.V. Warkade, was asked to give his explanation in writing by his superiors. When contacted by The Asian Age, Mr Warkade however refused to talk. “I am not authorised to speak to media,” he said.

On Friday morning, Mr Fadnavis ordered an inquiry into the said letter sent sent by Mr Warakade on January 4 of this year. “Any pictures of Gods, as well as religious festivals, writing slogans in government offices is not permitted under government rule and according to the Constitution,” stated the letter. The ruling Shiv Sena party strongly objected the letter reaching its peak on Thursday when Shiv Sena chief Uddhav Thackeray raised the issue in his political rally as well.

However, the issue of the letter was not a manifestation of a single man’s whim. In a government circular of rural development ministry from 2002, a copy of which is in possession of The Asian Age, clearly instructed their employees not to post any religious pictures in offices.

However, Mr Warakade issued the letter in his capacity as a desk officer, after receiving it from the Chief Minister’s Office (CMO). Maharashtra Cast Tribe Government Employees Welfare Union as well as Secular Movement Organisation had sent the letters to CMO demanding issuance of instructions on religious pictures in government offices.

When asked if blaming the officer was justified, Shiv Sena leader and Industry Minister Subhash Desai said, “There is no issue of generalisation. Be it circular from 2002 or 1947. This rule was not in actual implication, then why pushing it now? It is an emotional issue for us and till we are in the government we will never allow officers to disrespect emotions of Hindus.”

The State Government Employees Union has also showed their discontent for taking actions against the officer. The union’s general secretary G.D. Kuthe said, “The officer shall not be punished as the letter was sent with good intentions. Union will see that there won’t be an injustice.”