After a week, Zakir Naik yet to reply to ED summons

Speaking to The Asian Age, a senior officer in ED revealed that there had been no correspondence from Naik. 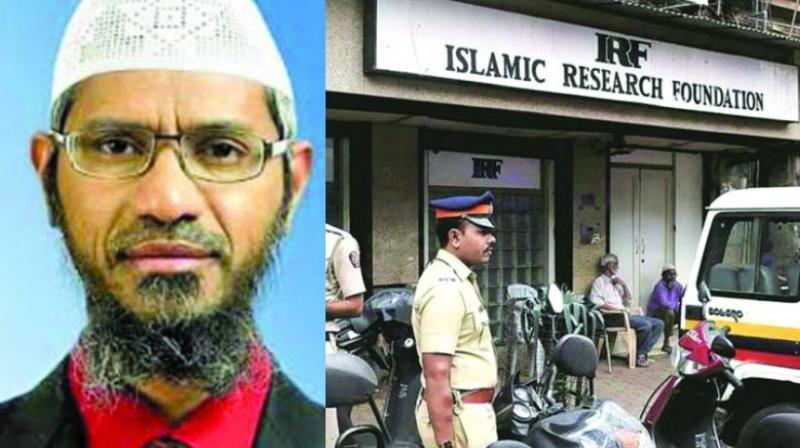 File photo of televangalist Zakir Naik and police outside his office in Dongri, Mumbai.

Mumbai: A week after the Enforcement Directorate (ED) issued summons to Zakir Naik, asking him to appear for questioning in an alleged money laundering case, the controversial televangelist is yet to reply to the summons.

The ED sources revealed that they would consult with their legal team on the next step if Naik does not reply or appear before them by the end of January, the deadline mentioned in the summons issued. The ED had, on January 20, issued a summons to Naik asking him to appear for questioning as part of their probe into funds received by his NGO, Islamic Research Foundation (IRF).

The summons, which was sent under provisions of the Prevention of Money Laundering Act (PMLA), asked Naik to appear before the investigators by January end. The ED had also issued a summons to IRF on January 3 to which it appeared on January 24. The ED questioned it regarding the funds and is scanning through bank transaction records of the organisation to establish from where it had received its funds and who were the beneficiaries. Speaking to The Asian Age, a senior officer in ED revealed that there had been no correspondence from Naik.

“He has not replied to our summons. We will wait till the deadline to see what should be the next step,” the officer said. Another source said that they would be consulting with the legal team for the next step. “We send three summons for the person to appear before us for questioning. If he does not reply to any three then the other processes of property attachment or the issuance of an Non Bailable Warrant is initiated,” he said.

Naik was issued a ban notice by the Union ministry under the Unlawful Activities Prevention Act (UAPA) for his alleged “extremist activities”.