The Shiv Sena also questioned the government’s claims of development in Gujarat. 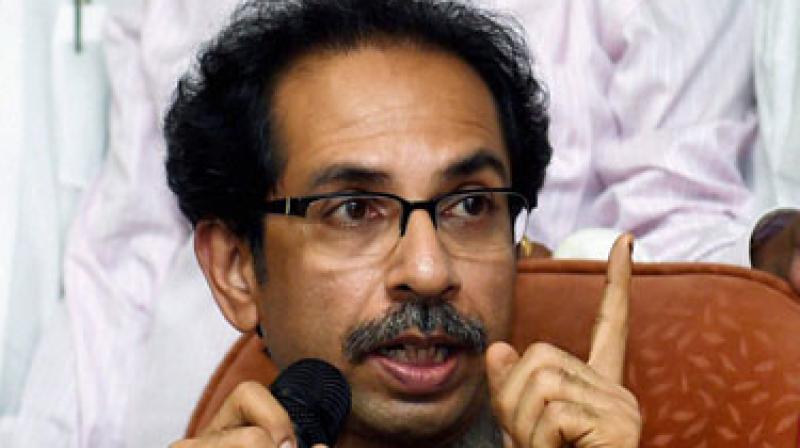 Mumbai: Hitting out at the Prime Minister Narendra Modi-led government over its “failure” to stop the killing of Indian soldiers, the Shiv Sena on Tuesday said that the death of soldiers in “peace time” reflected poorly on the government. The Shiv Sena also questioned the government’s claims of development in Gujarat. The Sena had also lashed at the BJP over the killing of Indian soldiers by the Pakistani troops at the border on Monday.

Dubbing the talk of normalcy returning to Jammu and Kashmir as “false”, the Bharatiya Janata Party’s (BJP) bickering ally said the death of soldiers in “peace time” reflected poorly on the government. The remark comes after Pakistani troops had opened fire at an Indian Army patrol team on Saturday, killing a major and three soldiers, along with the Line of Control (LoC) in Keri sector of Jammu and Kashmir’s Rajouri district.

“When a soldier is killed in peace time, it reflects poorly on the government. The martyrdom of our jawans during peace time has been happening for the last 30 years, and we had expected this to stop when the current government came to power,” an editorial in Sena mouthpiece Saamana said.

When Pakistan violated ceasefire and killed Indian soldiers, the prime minister and the entire Cabinet was busy in the Gujarat election campaign, the editorial claimed. “To win the Gujarat elections, you gave several concessions in the GST to the trading community in Surat. What have you done to protect the lives of the soldiers?” the Sena asked.

“The talk of normalcy returning to Kashmir is all false. The development is lost in Gujarat while peace and normalcy are lost in Kashmir,” it said.