India should go to war with Pakistan: Subramanian Swamy

Swamy said splintering Pakistan was the only solution to India's running feud with its neighbour. 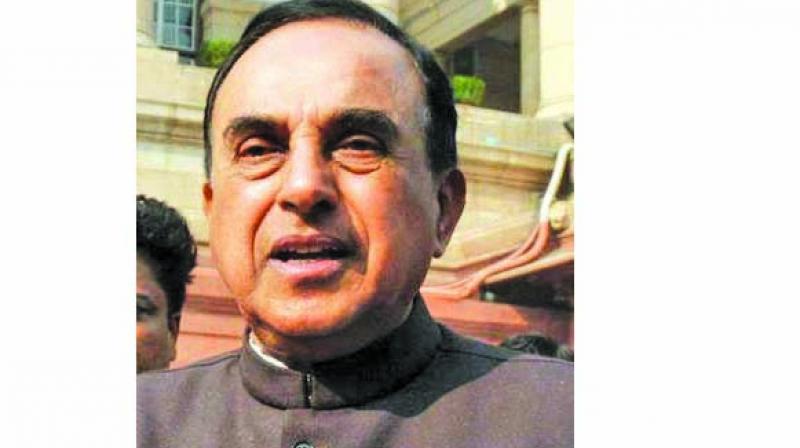 Mumbai: Senior BJP leader Subramanian Swamy said today India should go to war with Pakistan and split it into four parts. Reacting sharply to the treatment meted out to the mother and wife of Kulbhushan Jadhav, on death row in Pakistan over alleged espionage, Swamy, a Rajya Sabha member, said “serious homework” for the war should begin “right now.”

“Whatever treatment was given to the mother and wife of Kulbhushan (Jadhav) is akin to Draupadi’s vastraharan that resulted in Mahabharat.

“It’s very unfortunate and we are hurt...and now time has come when we should wage war against Pakistan to tear it apart into four pieces,” he told reporters on the sidelines of an event here.

The mangalsutra, bangles and bindi of Jadhav's wife and mother were reportedly removed before the tightly-controlled interaction he had with them, according to an external affairs ministry statement in New Delhi. “I don’t say that we should do this (declare war) immediately, but we should start doing serious homework for this right now,” Swamy said, adding “It’s my personal opinion and it often becomes party’s opinion also.”

Swamy said splintering Pakistan was the only solution to India's running feud with its neighbour. When asked if yesterday’s surgical strike by the Indian Army, in which three Pakistani soldiers were killed, was a befitting reply to them, he said, “It’s okay, but for a permanent solution, Pakistan needs to be split.”

Calling Pakistan an “envious and vengeful,” country, he ruled out the possibility of other countries joining the conflict in the event of an Indo-Pak war. He also sought an immediate end to the External Affairs Ministry issuing medical visas to Pakistani nationals. External Affairs Minister Sushma Swaraj has been facilitating grant of visas to ailing Pakistani nationals as a humanitarian gesture.