Harbour line paralysed for fifth day in a row

Commuters like Manjiri Maindarkar (26), a photographer and a resident of Panvel, were caught in the disruption. 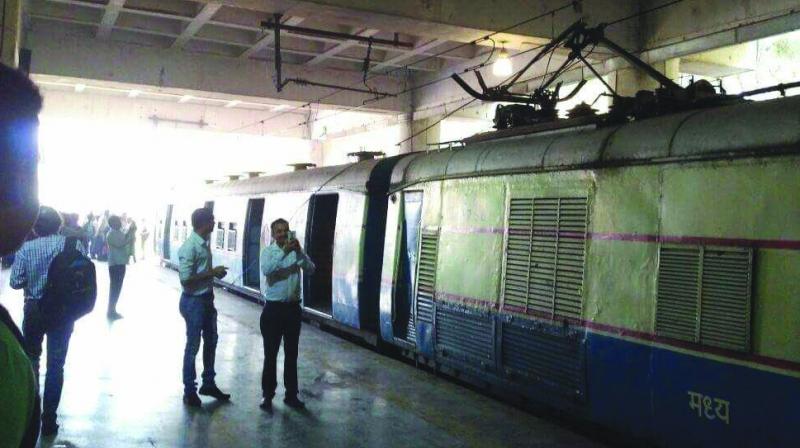 Commuters stranded at Belapur on Tuesday

Mumbai: The Harbour line saw delays, which lead to the cancellation of hundreds of trains after an overhead wire at Belapur broke on Tuesday, making it the fifth day in a row that commuters were hit. Commuters in Navi Mumbai were forced to pay hefty rickshaw fares, as much as three times the normal rate, from places like Panvel, Khandeshwar, Mansorovar, Belapur and Seawoods.

The Harbour line was shut between Panvel and Nerul for a good three hours 20 minutes, creating a situation similar to that witnessed on Christmas Day, when the same section was shut for 13-hours due to work being carried out on the Seawood-Uran line.

Central Railway has said that as a result of the disruption, 14 services have been fully cancelled and 16 have been cancelled between Panvel and Nerul in the period when the trains were shut down for three hours 20 minutes.

Commuters like Manjiri Maindarkar (26), a photographer and a resident of Panvel, were  caught in the disruption. “I had to reach town for an assignment at noon but there were no trains when I reached the station at 10.30 am. I realised that the issue was a massive one as the platform was overflowing with people.”

She then went to catch a rickshaw to Nerul and had to pay Rs 700 for the ride, which usually costs Rs 250-300. “Finally I caught a ST bus.” she said. Many commuters like Manjari were forced to rely on buses run by either MSRTC or the Navi Mumbai Municipal Transport.

Officials said, “We estimate almost hundreds of services were hit until 8 pm.” Divisional railway manger (DRM) S. K. Jain has intimated that an inquiry is being conducted into the incident where the overhead wire snapped and fell apart at Belapur. “We don’t know the reason behind the snapping of the overhead wire. Our officials have been posted at the spot since morning and we are trying to ascertain what exactly went wrong,” he said.