Recently NCP had pulled 12 days walkathon from Yavatmal to Nagpur against BJP government. 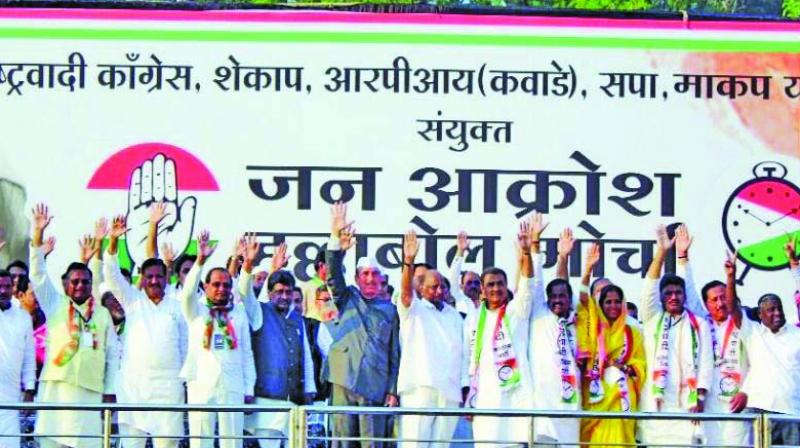 Mumbai: The Congress’s proposed yatra from January 5 across 288 assembly constituencies of the state has made its former ally, the Nationalist Congress Party (NCP), upset.

“Gujarat is an example that both parties need to join hands to defeat BJP. Recently we were together in Hallabol Morcha held in Nagpur against BJP government. Now Congress will hold agitation in NCP’s strongholds. What does it mean?” Asks a senior leader of NCP.

“At a time when the Congress should take a lead and plan agitation of all opposition, it is going alone which sends wrong signals,” added senior NCP leader.

State Congress is in upbeat mode after party did well in Gujarat as well as its chief Ashok Chavan got relief from Bombay high court in Adarsh case. On the day of the court verdict, party declared its statewide agitation programme and is planning to hold rallies and protest in March in all 288 seats of state assembly. Party has given name ‘Jan Aakrosh’ to this agitation.

NCP sees this statewide agitation in contrary to their agenda. “We have out strength in almost 140 assembly seats and Congress is going all out on those seats means they are trying to neglect us.”

Recently NCP had pulled 12 days walkathon from Yavatmal to Nagpur against BJP government.

The Congress insiders indicated to NCP’s yatra in Vidarbha saying that their area of agitation is Congress’s stronghold and NCP has no political stakes on the route excluding only 3 assembly seats.