CM adamant on IFSC at BKC 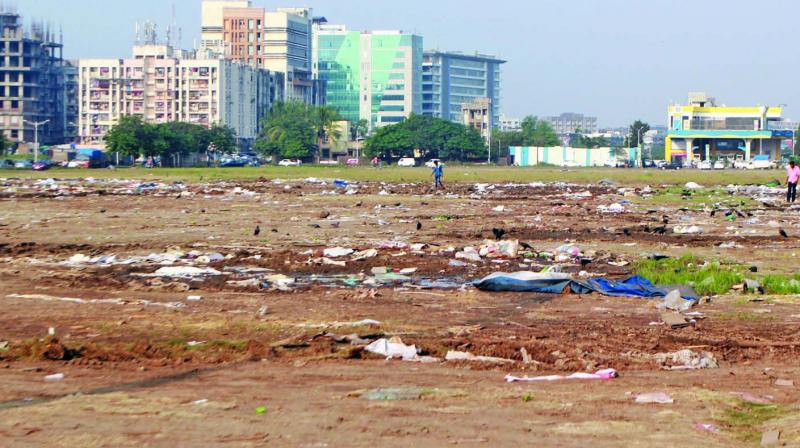 File image of the plot in BKC where the IFSC is proposed to be constructed.

Mumbai: Maharashtra’s proposed International Financial Services Centre (IFSC) at Bandra-Kurla Complex has been in the pipeline since 2015, giving rise to a discussion on whether the venue should be changed. According to government sources, chief minister Devendra Fadnavis is under pressure to think of alternative venues, including Navi Mumbai, where enough land and infrastructure is available. But the CM said that he is not thinking about changing the site and told The Asian Age that, “We will develop the IFSC at BKC only.”

State government is trying to get permission for IFSC at BKC since September 2015 and has even constituted a task force for it, with former Union minister of state for finance Jayant Sinha as the chairman and MP Poonam Mahajan as vice-chairman. As per financial special economic zone (SEZ) norms, 50 hectare land is required and the state has submitted a proposal of only 38 hectare land at BKC with undertaking to give additional floor space index (FSI) to fill the 50 hectare norm, which was rejected. The state has again sent a proposal of 50 hectare land, but it is not approved yet.

The basic requirement for Centre’s approval is the availability of 50 hectare land, which is available in the Mumbai port trust area and Navi Mumbai. Navi Mumbai is a good option for the project as Navi Mumbai airport is expected to be functional by 2019 and the place is well connected by Metro and Railways. The ongoing ‘Naina’ project also makes it a good site. Senior officers want to change the site, but CM doesn’t, sources said.

Former chief minister and Congress leader Prithiviraj Chavan has levelled allegations that Prime Minister Narendra Modi will not allow IFSC in BKC because otherwise no one will go to the ‘gift city’ (Gujarat International Finance Tec-City) in Gujarat.

“In most countries, there is only one IFSC as it is not feasible to run two. Not only construction of towers but tax concessions, rupee conversions and other requirements also need to be fulfilled. chief minister Fadnavis is misleading and showing dreams,” he said. Shiv Sena MP Sanjay Raut said, “Fadnavis should think in the interest of the state and Mumbai.”

Navi Mumbai as an alternative