BMC Class 9 kids yet to receive tabs promised to them

According to central purchase department of BMC’s education department, the problem began in April. 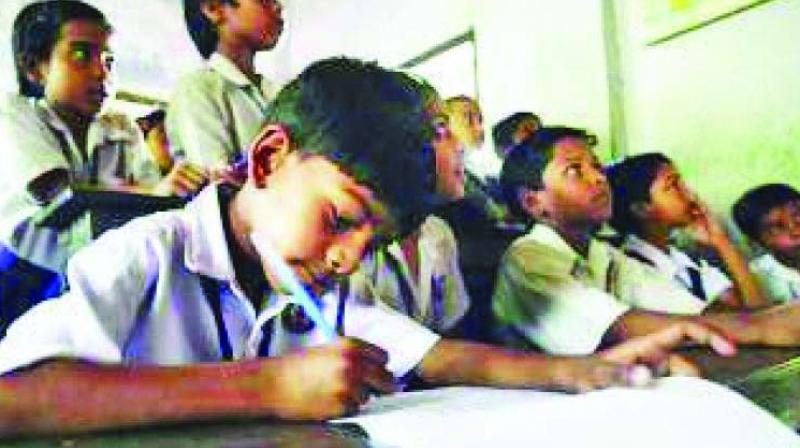 File image of a students writing in his notebook.

According to sources, the reason is that purchase of tabs and textbooks is still undergoing process with the account department of the civic body due to tax and GST slab. The central purchase department of the BMC education department claimed that they have invited tenders for companies to approach but nothing has been successfully worked out. Moreover, for the academic year 2017-18 the Maharashtra State bureau of textbook production and curriculum research popularly known as Balbharti changed the syllabus of class 9, which is why the already prepared tabs had to be returned for upgradation.

Talking about the class 10 textbooks, a teacher said that some of the textbooks have been delayed  because of less stock. “We have been managing to study the chapters in guides or online PDFs,” said the teacher.

A source at the department revealed that because of the GST, there was a change in the rate of the textbooks because of which the work got stuck. However, Mahesh Palkar, BMC education officer, rubbished all the claims made by the teachers saying, “We have distributed the class 10 textbooks but the work of distributing tabs is still going on which will be done shortly.”

According to central purchase department of BMC’s education department, the problem began in April.

“In March, we uploaded tender invitations. However, till April end we did not get any bidders for it. This had delayed the process,” said a CPD official.