Around Rs 1 lakh revenue has come through sales of tickets and season passes of the AC local on the second day of its run. 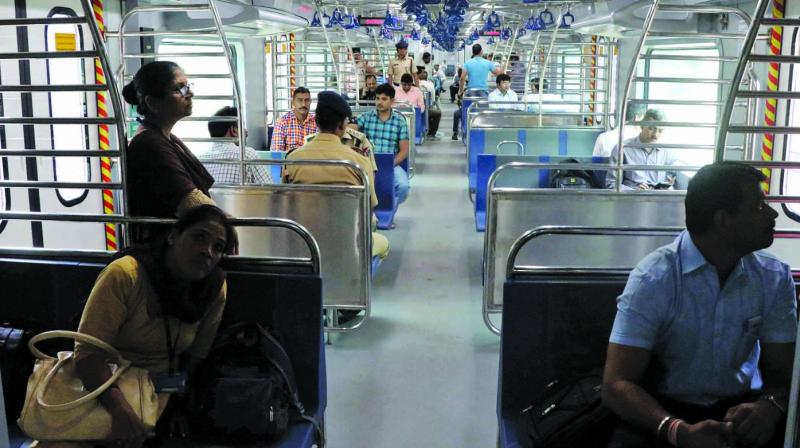 Mumbai: The commuters’ excitement for city’s first AC local train could be seen on Tuesday as well after it became operational on Monday. Around 1,700 passes and 300 tickets were sold at the counter. Around 2,000 passengers travelled in the train on Monday and Tuesday. There have also been 11 cases of ticket less travellers and a fine of Rs 4,145 total has been collected from them. WR officials have decided to keep more railway staff to direct commuters.

Around Rs 1 lakh revenue has come through sales of tickets and season passes of the AC local on the second day of its run. The sale of single tickets saw a dip of less than hundred on the second day, with only 318 sales on the second day against the 426 on Monday. 35 monthly passes were sold on Tuesday. Commuters seemed to have gone gaga over the AC train even though they had been limited to only five services until December 29 and will run between Borivali to Churchgate. The service will be opened to Virar public on January 01, 2018.

One commuter, Aakanksha Bajpai, who travels from Andheri to Churchgate every day said, “I have read a lot of good things about it but I am a little weary of spending so much money on the pass if the services are not reliable. I am waiting to see if all goes well.” The Western Railway (WR) released the figures of sales early Tuesday evening that said that Rs 98,940.55 had been earned through the ticket and monthly pass sales.

The figures have also revealed that more than half of the revenue that is Rs 53,765 has come from monthly pass sales. The second biggest sale was seen with Rs 44,320 earned via the sale of single tickets (318) and one weekly pass.

WR chief public relations officer Ravindra Bhakhar said, “We are extremely happy to see that the people of Mumbai have welcomed the AC services with open arms and would like to request passengers to use this facility with care.”