Note ban not only tool, but imp: CM Devendra Fadnavis

Fadnavis says at IIT-B festival that his dream is to ensure Maharashtra is cashless. 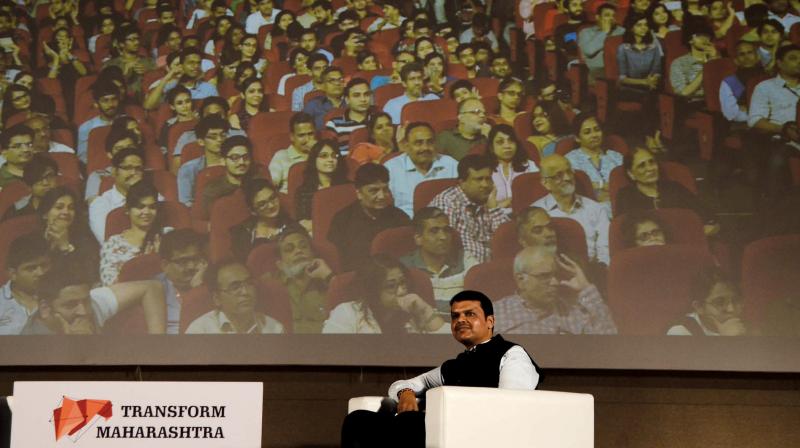 Mumbai: Speaking at a discussion organised during IIT-Bombay’s Mood Indigo festival, chief minister Devendra Fadnavis said on Monday that demonetisation is not the ultimate solution for curbing corruption, but is nonetheless one of the key tools for bringing down corruption and getting all unaccounted money out into the economy.

Mr Fadnavis was talking at a discussion with a senior journalist as the anchor and students putting forward their questions to the chief minister.

He said, “There are many positive impacts of demonetisation and one of the immediate effects of the same is that it is giving a push for a cashless economy, which is an important tool for curbing the practice of black money. A cashless Maharashtra is my dream. Do you see the black spots below my eyes? I have not slept for the past two years, i.e. from the day I took over as chief minister to work towards the betterment of the state.”

Mr Fadnavis also launched the official website of ‘Transform Maharashtra’ at the event. Transform Maharashtra is an initiative that would seek participation from over 2 lakh students from across 500 colleges in the state, with an aim to provide an opportunity to college students to put their heads together and come up with solutions or policies for 11 core challenges faced by the state at present.

In reply to a few questions from the students of IIT-B on the subjects of a cashless economy and demonetisation, Mr Fadnavis said, “We need to create a footprint when it comes to a cashless economy and that is only possible when you, me and everyone else starts making payments through the digital forum. Not only would this curb corruption, but it would also bring about accountability when it comes to making payments to the unorganised sectors. If labourers are being paid less than what is necessary, people would have to face action as the transactions are being recorded when payments are made via the digital forum.”

The chief minister also spoke on various other issues and on ways in which the state government is trying solve the problems faced in the current education system. He also spoke about the skill sets one requires for politics and especially for balancing the political arithmetic in a changing political atmosphere.