Junera Khan, the victim, went missing on December 5 while playing outside her house. On December 19. 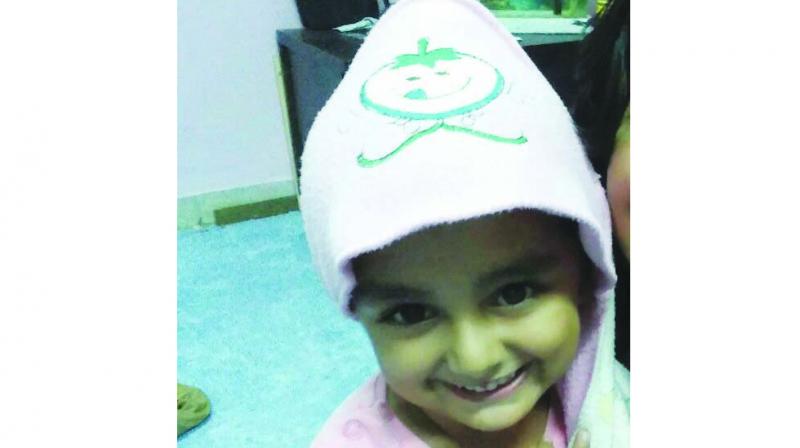 Mumbai: The JJ Marg police has revealed that the two accused who kidnapped and murdered a three-and-a-half-year-old girl were inspired by crime shows to plan and execute the crime. The minors said during questioning that they watched Crime Patrol and other regional crime shows, and got ideas on how to execute the crime, including on ways to collect the ransom and how to talk to the victim’s father.

Junera Khan, the victim, went missing on December 5 while playing outside her house. On December 19, the victim’s father Mumtaz started receiving ransom calls, with the caller demanding Rs 1 crore, from three different numbers. On December 23, he was asked to deposit the money, kept in a bag, near the Kalwa railway tunnel. The police started investigations and tracing the phone calls of the kidnappers, which led them to a teenager, allegedly aged 16 years, who stays opposite Junera’s house. The police started questioning him and later arrested him and his friend, aged 17 years.

The duo confessed that they had murdered the infant by strangling her on the day she was kidnapped.

They added that they had then stuffed her body in a rexin bag and hid it behind a water tank on a terrace of the building adjoining the one the victim stayed in.

Sources in the JJ Marg police station revealed that the accused, during questioning, said that they had gotten “inspired” to commit the crime after watching various crime shows on TV. “The teenagers spent a lot of time watching shows like Crime Patrol and other regional crime shows on TV. They wanted quick money and so they decided to kidnap the child since they assumed her father was a rich businessman,” said a police source.

The police added that the accused learnt details about the steps for carrying out the kidnapping and making the ransom demands from the shows. Mumtaz added: “They called me on Decmber 22 and asked me to reach Kalwa by the afternoon of December 23. On December 23, they started calling me at 11 am and gave me detailed instructions on how to reach Kalwa.” Explaining the steps he took, Mumtaz further said that the kidnappers asked him to take a bus to Chhatrapati Shivaji Terminus and then buy a ticket to Kalwa and board a train.

Mumtaz added: “After I got off, they asked me to go to the next platform and board a train moving towards CST. Once I was in that train, they asked me to stand near the compartment’s door and throw the bag in the tunnel near Kalwa station. I refused to do so till they made me speak to my daughter over the phone or till I saw her in person. They then realised that a police team could be nearby and fled the scene.”

The police said the accused learnt how to plan such detailed steps from watching various crime-related shows.

“They told us that the episodes they saw showed the accused in the shows asking the victims to follow specific instructions, and also to throw bags of money from trains,” the police source said.