Though technically the trial has begun in this case with framing of charges few days back. 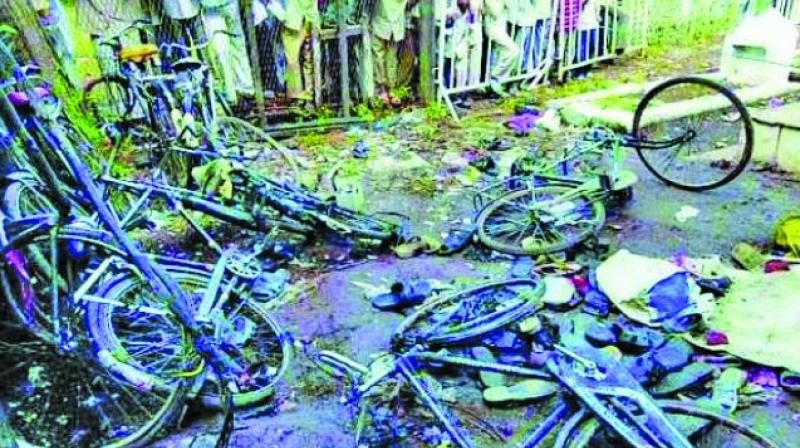 Mumbai: The special National Investigation Agency court has fixed December 3, to examine first witness in 2008, Malegaon blast case. Though technically the trial has begun in this case with framing of charges few days back. However, with examination of witnesses the trial is expected to progress towards conclusion.

“The judge has issued witness summons and we would start examining witnesses from next date of hearing,” said Avinash Rasal, special public prosecutor in the case.

Last week the special Vinod Padalkar rejected applications filed by Lt. Col. Prasad Purohit and Sudhakar Dhar Dwivedi seeking untruncated copies of statements of witnesses and certain documents. They had claimed that the copies provided to them are truncated to such an extent that it is difficult to prepare for defence and the applicants are deprived of their Constitutional rights to defend themselves properly.

They had also sought copies of CD containing photographs of the spot, which the NIA provided to the accused.

Col. Purohit has also filed an application in the Bombay high court challenging his prosecution under Unlawful Activities Prevention Act (UAPA) saying prior permission was not obtained to prosecute him under provisions of UAPA. According to him a prior permission to prosecute him was required as he was a serving as an army officer. His petition is pending before the high court and the court has refused to grant stay on the trial pending the petition.