Metros   Mumbai  27 Nov 2017  Thank you for all the love, says Manushi after arrival in India
Metros, Mumbai

Thank you for all the love, says Manushi after arrival in India

Chhillar is the sixth Indian woman to win the coveted crown, which was first won by Reita Faria back in 1966. 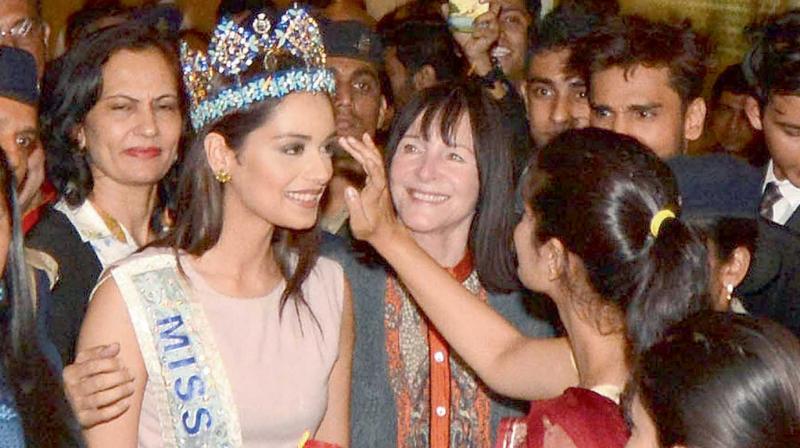 Miss World 2017 Manushi Chhillar being welcomed on her arrival at the Mumbai airport. (Photo: AP)

Mumbai: Manushi Chhillar, the newly-crowned Miss World 2017, on Sunday thanked her fans and people of the country for their love and support.

The 20-year-old medical student from Haryana won the coveted title at a grand event in Sanya, China, ending India’s 17-year wait at the top pageant contest.

In a statement to PTI, Chhillar said, “I thank each and every one who came to welcome me. It was overwhelming and I am grateful for your support. Thank you for showering me with all your love.” Chhillar, who arrived last night, received a rousing welcome by the people who were waiting to catch a glimpse of the Miss World. “Feels great to be back home... Thank you India for such a grand welcome,” she had tweeted after her arrival.

Chhillar is the sixth Indian woman to win the coveted crown, which was first won by Reita Faria back in 1966.