4 girls among 28 de-radicalised in Maharashtra

The officer went on to add that this year youngsters from affluent families were also drawn to ISIS activities. 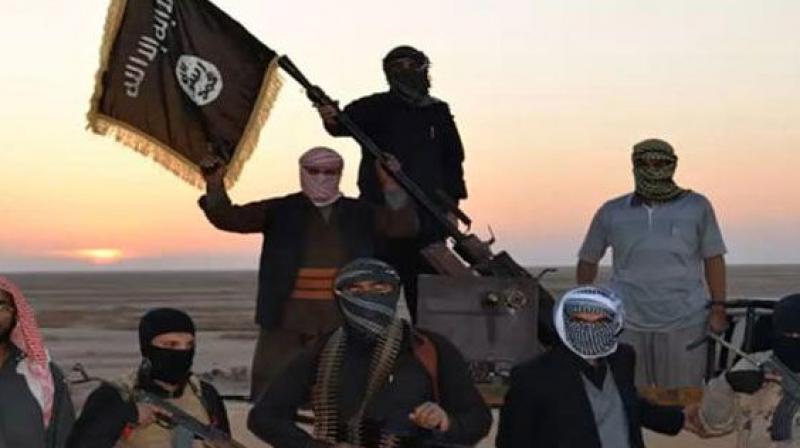 According to the ATS, it is not just young men who are getting lured into ISIS activities. (Representational Image) (Photo: AFP)

Mumbai: The Maharashtra Anti-Terrorist Squad (ATS) has this year de-radicalised 28 youngsters, including four women from various parts of the state after they showed inclination to join the banned terrorist outfit Islamic State (IS). ATS sources said that while many of them were from financially poor backgrounds, at least six youngsters from well-to-do families had fallen prey to the IS propaganda this year.

According to senior ATS officials, many of the youngsters were in the age group of 18-22. “Most of them were pursuing their graduation and some were even studying for post graduate degrees when they got attracted towards the ideology of the Islamic State,” said an ATS source, on the condition of anonymity.

According to the ATS, it is not just young men who are getting lured into ISIS activities. “We have de-radicalised at least four women, some above 23 after they started showing signs of wanting to join the IS,” said an officer. A senior officer who did not wish to be named confirmed the same.

The officer went on to add that this year youngsters from affluent families were also drawn to ISIS activities. Citing the example of a 20-year-old youngster, staying in the outskirts of Mumbai, ATS source said the youth was de-radicalised after his mother approached an imam complaining about a behavioural change in her son. Officials said the youth after developing a sudden interest in hacking started researching the darknet and had signed into chat sites. The darknet can be accessed only with specific software, configurations, or authorisation, often using non-standard communications protocols and ports, according to reports.

The source further said that the 20-year-old youth was studying BSc computer science in a local college and was in his second year. Having had a keen interest in hacking, the youth had enrolled in the computer science course and was doing well. “However, a few months ago, he started keeping to himself. He would refuse to even step out during dinnertime and had even started missing college. His parents started getting worried about his behaviour,” said an officer.

He added that repeated attempts to talk to her son fell on deaf ears. “Unlike other youngsters he would fight to stay at home and would lock himself up in his room. The worried mother then contacted the local imam and told him about his behaviour. The imam tried talking to him assuming that it could be an issue related to some girl or with his friends,” said an officer.

He added that the boy refused to give clear answers to the imam. “Sensing something was amiss, the imam raised the issue with local authorities who immediately got in touch with the ATS counterparts,” said an officer. The ATS officers initially kept an eye on the youngster to determine his activities. “We learnt that he was surfing a lot on the darknet and had penetrated deep into the ISIS content containing chat sites and websites. He was frequently talking to people on chat portals which are known for having ISIS sympathisers,” said an official. He added that when the ATS finally swooped in, ISIS recruiters were very close to contacting the boy. “He was in awe of the IS and wanted to ‘do something for his religion’. We even got the same imam to talk to him and make him realise how IS propaganda was wrong,” he said.

The boy, after being de-radicalised has started going to college again. The source added that most of the de-radicalised youngsters started showing interest in the IS after reading about the terror outfit online and in media reports.

“They first started reading about it out of curiosity. They would then start researching more and spend extra hours reading up on any kind of literature available on the same. This includes articles, websites and videos available on the darknet,” said another source.

The source revealed that the ATS had recently blocked 94 websites that had content on ISIS and also blocked the viewing of about 353 videos on various portals that glorified ISIS acts and their ideologies.