Boat ride at Thane creek to start from November

Given the good response that was received during the last period, the officials are expecting revenue of at least 30 lakh this time. 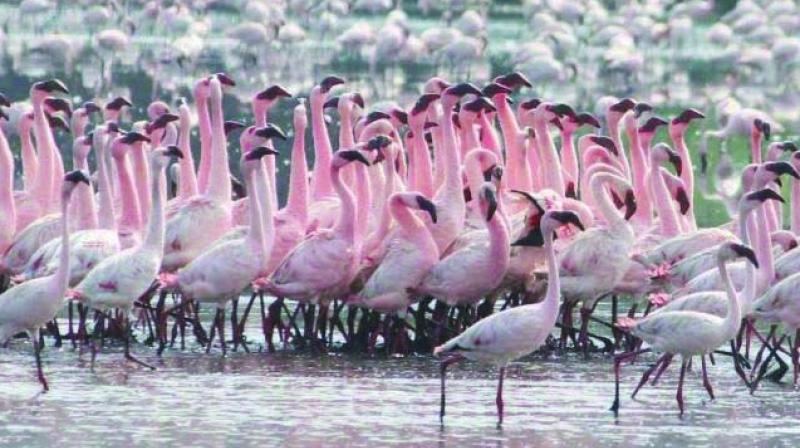 Flamingos arrive at the city’s coasts.

Mumbai: As the flamingos have arrived at the city’s coasts, the boat ride at Thane Creek between 10 kilometres stretch of Airoli and Vashi mangroves will start from November, said mangrove cell officials. This is the second time this year, when citizens can have a close look at the flamingos amid dense mangroves in an hour-long boat ride. Given the good response that was received during the last period, the officials are expecting revenue of at least 30 lakh this time.

The initiative of boat rides started earlier in February this year, after which it was closed during monsoon season. “This time we will be having three boats, one premium and two passenger boats. The number of patrolling boats has also increased to two. We got very good response last time with revenue generated up to 12 lakh from the rides between February to June,” said Makarand Ghodke, assistant conservator of forest.

The passenger boats can carry 24 persons charging `300 per person and the premium boat can be boo-ked for maximum seven people, which amounts to `6,000 on weekdays and `7,000 on weekends and holidays.  The timings of the ride will depend on the timings of low tides.