According to civic officials, the D.N. Nagar Municipal School in Andheri west has a playground admeasuring 30,000 sq.ft. 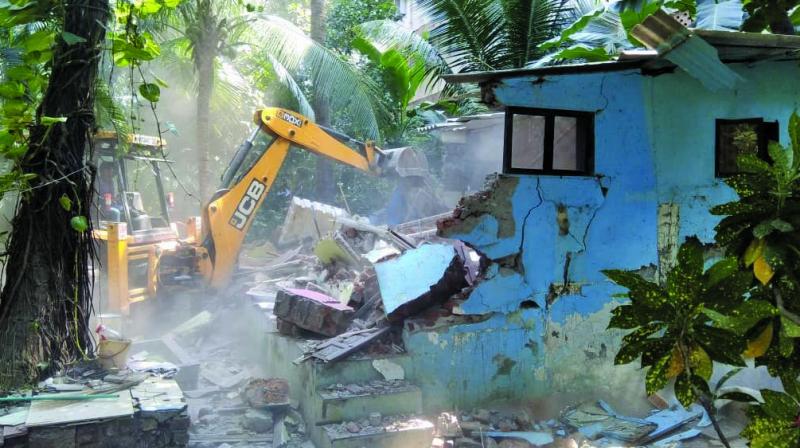 Mumbai: After more than 25 years, the Brihanmumbai Municipal Corporation (BMC) has managed to remove encroachments from one of its municipal schools at Andheri (west) and recover the entire playground which was meant for children.

According to civic officials, the D.N. Nagar Municipal School in Andheri west has a playground admeasuring 30,000 sq.ft. An illegal structure had been constructed on 8,000 sq.ft. of its total area, causing inconvenience to school kids. The matter went to court and kept dragging for years. The high court finally gave its ruling in favour of the BMC, paving the way for the removal of the illegal construction.

“To prevent any encr-oachment in future, the BMC has also decided to construct a retaining wall around the playground,” said Prashant Gaikwad, assistant municipal commissioner, K-west ward.

The civic body had sought police assistance for the demolition drive. Along with 30 BMC officials and labourers, 42 policemen, too, participated in the drive.

“The unauthorised structure was constructed by the caretaker in the late nineties. In a bid to recover the plot, the civic body engaged in a legal battle with the caretaker for several years,” said a civic official.