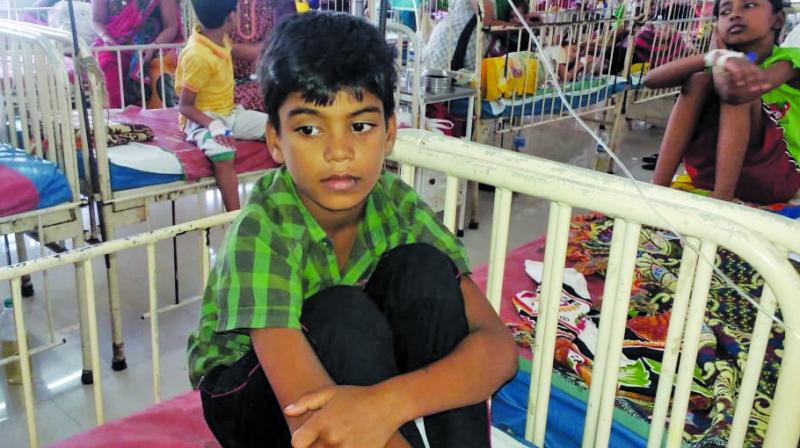 Mumbai: Two minor boys died of suspected food poisoning in Ghatkopar on Tuesday. Doctors at civic-run Rajawadi Hospital said that Nandan Yadav (3) was brought dead and Kishore Yadav (4) died during treatment. The deceased children’s two elder siblings, Rohit Yadav (12) and Krushna Yadav (8), were also admitted and kept under observation but were discharged late in the evening as they are said to be out of danger. The cause of the food poisoning is yet to be determined, said the officials of Rajawadi Hospital. The children were residents of Kamraj Nagar slum.

As per the hospital authorities, Nandan was ‘brought dead’ at 2.20 am and Kishore arrived at the hospital at 8.45 am but died after he was admitted on Tuesday.

According to police officers, Nandan was suffering from rheumatic fever and aspiration pneumonitis. Nandan choked after food entered his lungs. Kishore suffered from epileptic seizures.

Dr Vidya Thakur, dean of Rajawadi Hospital, said, “The actual cause of the death is yet to be ascertained. The other two children have been discharged and they will come for follow-ups.”

Rohini Kale, senior police inspector, Pant Nagar police said, “The investigation is underway. We suspect food poisoning is to blame for the deaths and we have collected samples, which will be sent to laboratories for further assessment.”

As per police reports, Kishore had a history of getting seizures frequently and he was taken to Rajawadi Hospital on Sunday to be treated for the same. As of now, an accidental death report has been filed in the case. The family is being questioned and the bodies of both the children have been sent for autopsy.