The police has deployed a special force near Deonar Bakri Mandi to keep tabs on activities taking place inside and outside of it. 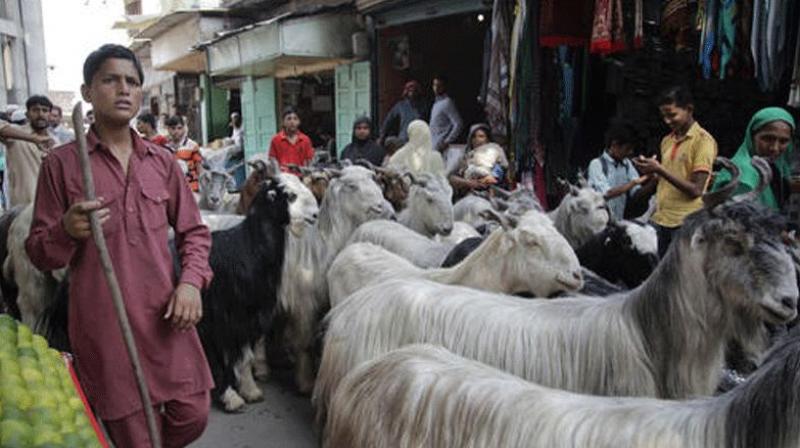 Mumbai: Ahead of Bakri Id, zone 7 police officials have started a helpline for people to alert them about any meat-related issues, transportation and traffic problems. The helpline number is 7045757272.

Senior police inspector, Deonar police station, said, “There are lakhs of people visiting Deonar slaughterhouses during Id, before and after. We have made rules that every vehicle will get a pass to enter the slaughterhouse and we have told everyone to mention the address of the place from where they are buying the meat. We will then alert regional officials about vehicle details and the meat they are carrying. Thus, no one will create problems on the eve of the festival and everything will go smoothly.”

“We have started the helpline for people to complain if there is any problem carrying meat, a traffic issue at any place, any untoward incident occurring, or anyone carrying some other type of meat,” he said.

In addition, every police station in the city has deployed officers in areas having slaughterhouses to ensure that bulls and bullocks are not slaughtered. Police teams, along with NGO volunteers, have started scrutinising slaughterhouses and their surroundings, and according to sources, over 5,000 officers are already on the job. The police has deployed a special force near Deonar Bakri Mandi to keep tabs on activities taking place inside and outside of it.

DCP zone 6, Shahji Umap, said, “Deonar Bakri Mandi is the only place from where goats are distributed all over Mumbai for the festival. Keeping this in mind, more than 300 officers have been posted in and around the market. Other than this, we are keeping a close eye on slaughterhouses.”

Duty hours of police officers deployed for the Deonar bandobast has been reduced from 12 to eight hours because earlier, policemen posted there used to fall ill due to unhygienic conditions.

Another police officer added, “We have issued warnings to repeat offenders who have been arrested in the past for robbery, half murder and creating communal problems, and are monitoring them.”