The gate pass while allowing buyers an easy exit from the premise will also serve as a proof of the animal being brought legitimately. 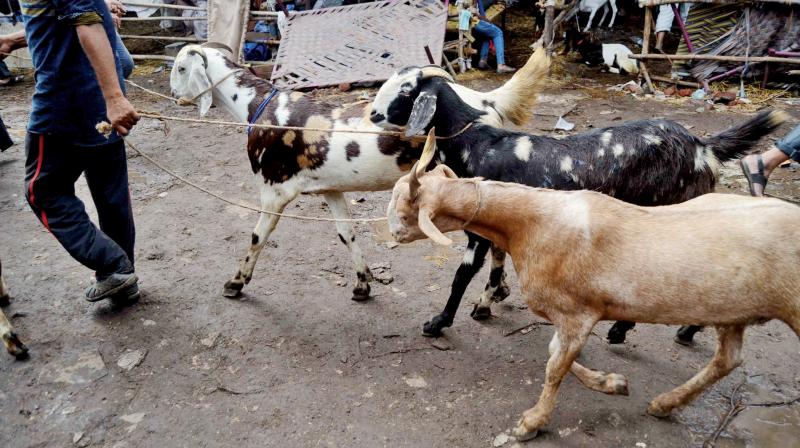 The BMC has said strict action will be taken if there are complaints of harassment of buyers.

Mumbai: In a bid to curb exploitation and racketeering at Deonar abattoir, the Brihanmumbai Municipal Corporation (BMC) has handed over gate passes to traders who will be selling goats for the upcoming Bakri Id festival.

According to officials the gate passes are absolutely free and persons buying animals have to be given the passes by the trader, which will enable the buyer to leave the abattoir.

The pass will also serve as a proof so that the vehicle in which the animal is being transported does not get harassed while going to the destination.

Fayyaz Mansouri, a Bandra resident, said that exiting Deonar after a visit was a harrowing experience. He said this was because getting gate-passes issued meant running from pillar to post. “At times buyers had to pay up to `200 to get a gate pass after purchasing the animal. Apart from that there were others who under the garb of one official or the other used to demand gratification to permit exiting the premise with the animal. There was an urgent need for the process to be made streamlined. The move by BMC is welcome and will ensure a hassle-free visit to the abattoir,” said Mr Mansouri.

Yogesh Shetye, BMC officer in-charge of Deonar abattoir, agreed that in the past there were instances of buyers being put through a lot of problems while trying to exit the premise after purchasing the animal. “We have tried to streamline the process and have roped in the traders to issue gate passes to buyers, which will be absolutely free of cost. We will also be putting up posters around the pitches and making announcements on the public address system to make buyers aware of the gate pass. Despite this if there are complaints of harassment, strict action will be taken against the perpetrators,” said Mr Shetye.

The gate pass while allowing buyers an easy exit from the premise will also serve as a proof of the animal being brought legitimately.