Konkan to receive heavy rains for next 24 hrs: IMD

Moderate rainfall up to 40 mm is also expected in Vidarbha and parts of Marathwada. 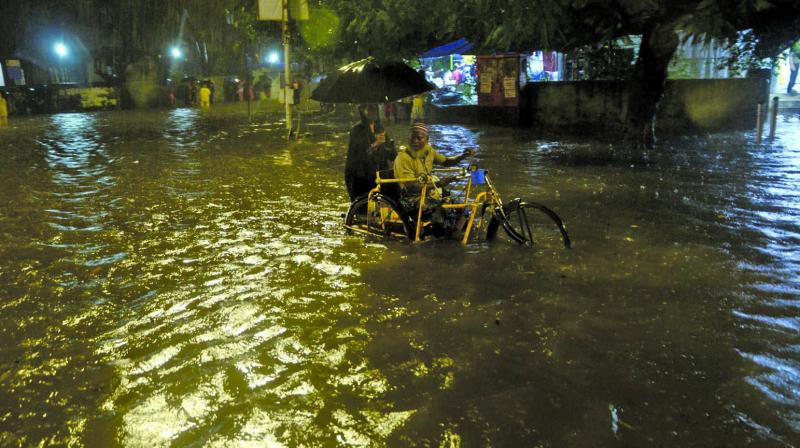 Mumbai: After the dry spell in the last two weeks, the city has been witnessing moderate to heavy rains since Tuesday night. Not only Mumbai but the entire Konkan region is expected to receive heavy showers in the coming days.

The Indian Meteorological Department (IMD) Friday predicted heavy to very heavy rainfall in Mumbai, Thane and Navi Mumbai over the next 24 hours and issued an orange alert for Raigad, Ratnagiri and Sindhudurg districts.

“We have issued an orange alert for Raigad, Ratnagiri and Sindhudurg districts. An orange alert is merely a warning for the authorities to stay prepared, while a red alert directs them to take action as the situation might turn severe,” an IMD official said.

K.S. Hosalikar, deputy director general of the IMD, informed that  Konkan would experience heavy downpour over the  for the next 24 hours.

Moderate rainfall up to 40 mm is also expected in Vidarbha and parts of Marathwada.

Areas like Bandra and Sion experienced waterlogging. Seventeen inbound flights were diverted from Mumbai airport to nearby airports.