No plant expert in BMC panel

Municipality formed committee for hacking of trees 3 months ago. 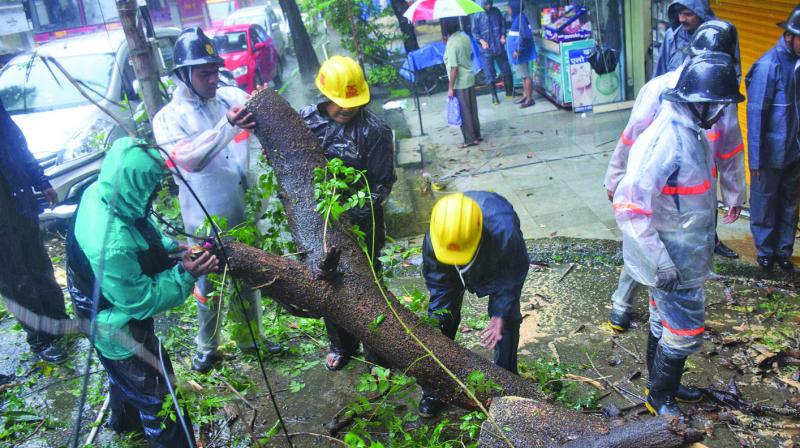 The BMC is yet to invite applications for appointing members of the expert panel.

Mumbai: Three months since formation of the civic tree committee and still, the panel has no botany, horticulture or agriculture experts on it. The tree committee, which is responsible for passing proposals related to tree hacking in the city, currently has 14 members who are nominated councilors and is helmed by municipal commissioner Ajoy Mehta. The BMC is yet to invite applications for appointing members of the expert panel.

Sources said BMC in June introduced a new clause for inviting applications for experts, as per which, the NGO to be appointed should have at least 10 years’ working experience with the civic body. According to provisions of Maharashtra (Urban Areas) Prevention of Trees Act, 1975, the tree committee must appoint members who are non-councilors and experts in areas such as botany, horticulture or agriculture. “The committee is still waiting for government clarification regarding the clause,” said Ravi Raja, Congress councilor.

Sources said that the MC should bring in a proposal to invite applications for tree experts. “Shiv Sena councilors are not agreeing on the qualifying criteria set to appoint experts and are prolonging the matter. We are already of the opinion that experts in the tree field should be appointed,” said Manoj Kotak, BJP councilor and tree committee member.

With Sena and BJP at loggerheads and in the absence of tree experts, the committee has managed to pass only one or two proposals in the past three months, said Kotak.

Another councilor on condition of anonymity said, “More than 50 proposals have come up in the past three months but none have been passed because of the tiff between both parties. Sometimes important proposals like hacking of trees which may pose a threat to nullahs or railway tracks are also declined or referred back.”

After the Chembur tree falling incident, the BMC disaster response helpline (1916) received a total 139 panic calls, of which, 32 were from the island city, 35 from the western suburbs, and 42 from the eastern suburbs. From June 1 to July 24, the helpline has received a total 1,404 tree falling complaints. June alone witnessed 822 incidents as compared to July which recorded 582 complaints. As per the disaster cell, most of these complaints have been attended to by civic staff.