The average levels, as per the survey, are around 75-85 decibels while the permissible limit is 55 decibels. 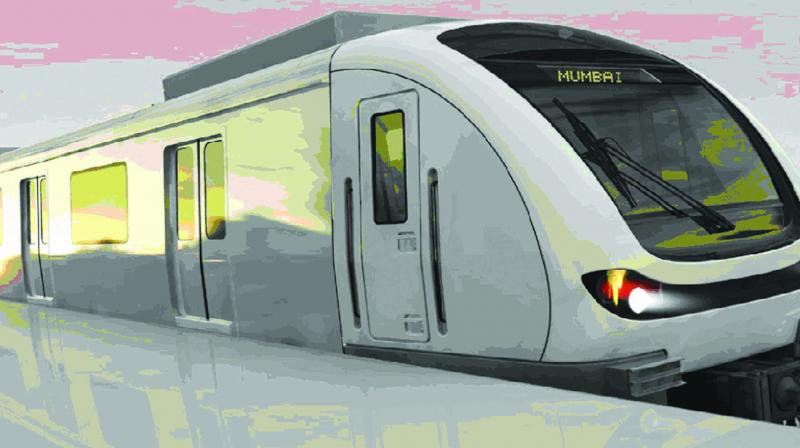 As a result of which it was difficult to pinpoint the extent of violation by the Metro work.

Mumbai: The state has submitted decibel levels of Marine Lines, Churchgate and Mahim areas where Metro work is ongoing. The average decibel levels, revealed by the survey, show that there is a breach of permissible limits at all three places. The state has said that it would meet with Mumbai Metro Rail Corporation Limited (MMRCL) officials and try to get the same resolved. The average levels, as per the survey, are around 75-85 decibels while the permissible limit is 55 decibels.

A division bench of Justices Abhay Oka and Riyaz Chagla was hearing submissions of the police department in compliance of court orders in public interest litigation, filed by Dr Mahesh Bedekar and Sumeira Abdulali of Awaaz Foundation in April. The court had directed the police in the three said areas to visit the sites of the Metro project on two occasions and measure the decibel levels and submit the findings to the court.

The reports of noise level measurement clearly show that decibel levels were much higher than the permissible limits while the Metro work was being carried out. According to Noise Pollution (Regulation and Control) Rules, 2000, residential and silence zones should have a maximum noise level of 55dB and 50dB in the day and 45dB and 40dB at night.

After the reports were submitted by the three police stations, Abdu-lali, through her lawyer, pointed out that the readings did not give an accurate picture, as the-re was no differentiation between the noise levels of the work and traffic. As a result of which it was difficult to pinpoint the extent of violation by the Metro work.

On its part the state, through government pl-eader Abhinandan Vag-yani, informed the court that they would meet the MMRCL authorities and try to address the issue. The bench, however, directed the state to ascertain the difference in noise levels and inform the court on Tuesday, July 3, 2018.