Noise violations to be punishable

Action will be taken against BMC officials who failed to curb the same. 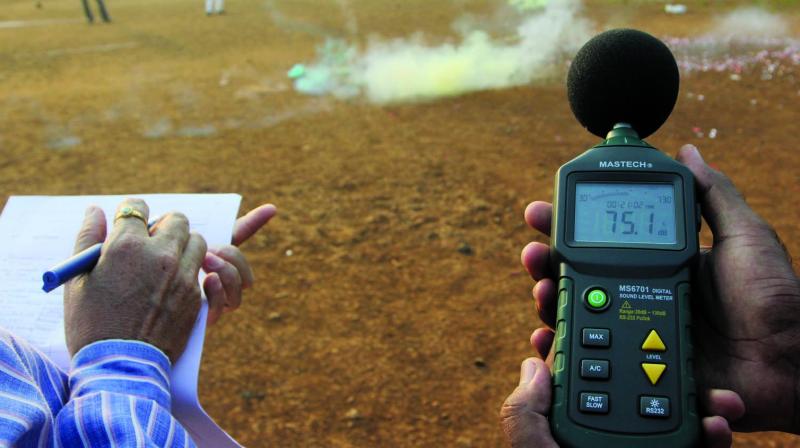 Mumbai: The Bombay high court on Tuesday said that henceforth, any noise violations during festivals and failure of BMC officials to curb the same will be treated as contempt and action will be initiated against everyone concerned. The court made the observation after the noise mapping chart of the entire state in two volumes was submitted before it.

A division bench of Justices Abhay Oka and Riyaz Chagla was hearing public interest litigations filed by Awaaz Foundation and others regarding noise pollution, ille-gal pandals being put up during festivals, and lack of proper surveillance by the authorities, which was creating problems for the citizens.

During the hearing on Tuesday, NEERI, which had been assigned the task of mapping noise levels in the city and the entire state, submitted its report comprising two volumes. The petitioners’ lawyer informed the court that they were yet to go through the voluminous report and needed some time to come up with suggestions.

The petitioners however pointed out that while the report mentioned noise levels in different areas, the cause was not mentioned. They further said that after personally trying out three helplines and toll-free numbers star-ted by the BMC for the purpose of reporting noi-se violations, they found only one to be functional. They also pointed out that while complaints were noted by the BMC and the police, no criminal proceedings were initiated against the guilty.

The advocate for the BMC however refuted the petitioners’ claims about helplines not working. The court then directed the BMC to submit a list of calls received on all three numbers. The bench obse-rved that as noise mapping had been completed, henceforth, any violations would be treated as contempt of court. The bench directed the BMC to issue notice to concerned officers that they would be liable for any violation in their ward. The court also directed the petitioners to submit their suggestions in the next hearing to be held on Tuesday, July 3, 2018.