The bench had asked the commissioner to file an affidavit in response to the allegations. 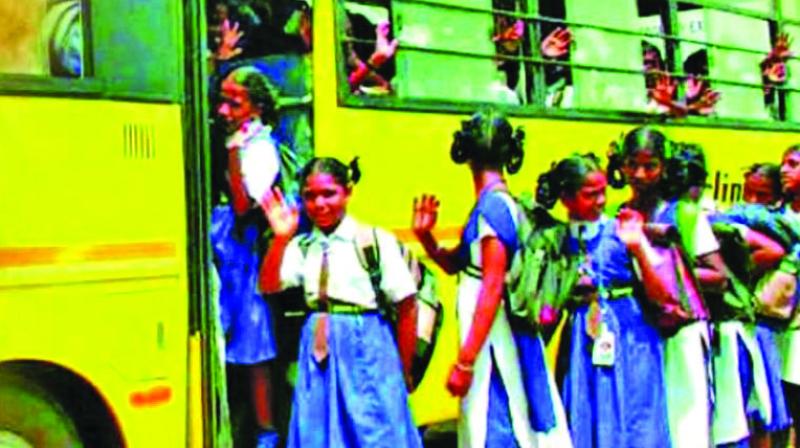 The matter has been kept for further hearing on July 6.

Mumbai: In an about turn on its assurances to the HC that it was doing everything to ensure safety of school children who travel in private vans, the deputy transport commissioner informed the HC that in a notification to the schools, the state government had asked the schools to be sure about the safety measures implemented by the vans before allowing them to ferry children to and fro from schools, back in 2013. However, the education department had suspended the notification, after which 3,331 vans granted school bus permits were operational.

The petitioners have claimed that this was done by the education department to encourage private operators at the cost of compromising the safety of the children, by taking away the authority of the schools.

Justice Dr Manjula Chellur and Justice N M Jamdar were hearing a public interest litigation filed by PTA United Forum against the non-compliance of school bus safety norms laid down by the transport commissioner in 2013. The bench had asked the commissioner to file an affidavit in response to the allegations.

The affidavit filed by Purushottam D Nikam, deputy transport commissioner informed the court that the 2013 notification that laid down safety norms for school buses and mini vans had been suspended by the education department within a week.

Rama Subramaniam, the petitioner’s advocate stated that by suspending the notification, the education department compromised the safety measures imposed by the state government.

The counsel for the state admitted that despite a central government notification of 2016 defining a school bus and making it mandatory for a vehicle to have a minimum seating capacity of 13 seats plus driver, the state rules allow not only mini vans with lesser seating capacity but even auto-rickshaws to be termed as school buses.

The matter has been kept for further hearing on July 6.