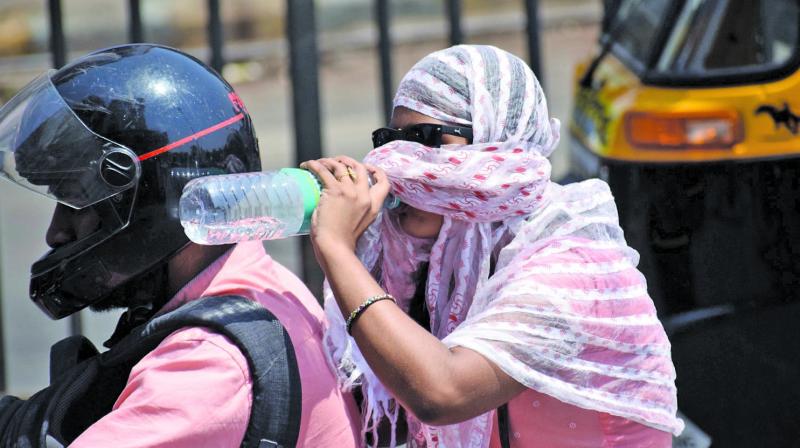 For Marathwada and Vidarbha region, the heatwave conditions will prevail,’ said an IMD official.

Mumbai: Heatwave conditions are likely to prevail in parts of Maharashtra according to the Indian Meteorological Department (IMD). This weather condition is due to prevalence of dry and warmer northwesterly winds. Despite rainfall at few parts of Maharashtra, the regions would see no relief from the sweltering weather.

According to Skymet Weather, a private weather forecast agency, heatwave conditions are prevailing over most parts of Vidarbha region in Maharashtra. On Saturday, Chandrapur recorded its maximum temperature at 46.8 degrees Celsius, followed by Nagpur at 46.3 degrees, Brahmapuri at 46 degrees and Parbhani at 45 degrees.

The IMD had also predicted delay in South West Monsoon over Maharashtra in June, due to which rainfall in Mumbai will occur almost a week later. "There has been very less pre-monsoon rainfall in Maharashtra this year which has aggravated the heatwave conditions for the state," said the official.