In order to prove the blatant violation of court order, we are now taking before and after pictures to show the clear difference. 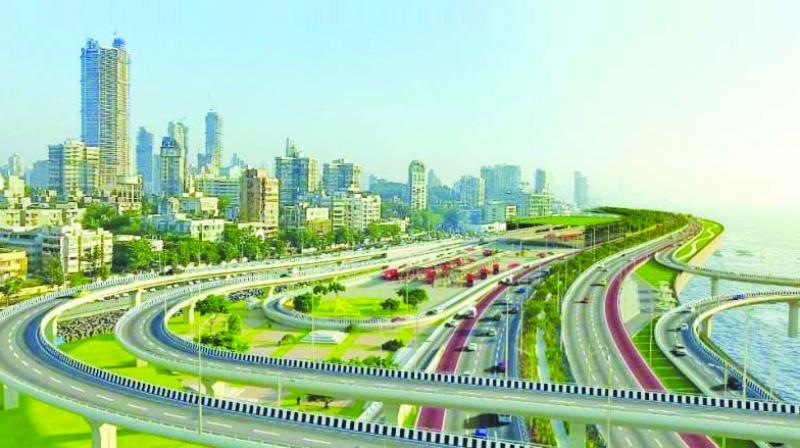 Representational picture of the Coastal Road.

Mumbai: The South Mumbai residents and city activists are having a hard time to “prove” that the BMC is carrying additional work for the construction work Coastal Road, which is a violation of Supreme Court order. The residents are regularly taking pictures and videos of the BMC appointed contractors to prove that they are reclaiming new land, which was stayed by the court.

“Every single day we can see a part of the new land reclaimed. Despite the court's stay on new work, the contractors are working in full speed. In order to prove the blatant violation of court order, we are now taking before and after pictures to show the clear difference. On Sunday, extra work was going on near Mafatlal gate on Marine drive while from the last couple of days we could see big stones and soil been put and land being reclaimed,” said a resident Nimish Somaiya.

“We are waiting for the high court hearing and we hope the case is heard on June 3 itself when the court re-opens. The BMC and its contractors are clearly not following court orders,” the resident added.

However, the BMC is firmly saying that they are carrying work within the limit of the court order. “We are only strengthening the ends of the armour lock by putting grated stones. If we violate court orders, the further decision may go against us and thus, why would the BMC or the contractors take such a risk?” asked an officer from the Coastal Road department.