Metros   Mumbai  27 May 2018  VVPAT system to be used in Palghar byelections
Metros, Mumbai

VVPAT system to be used in Palghar byelections 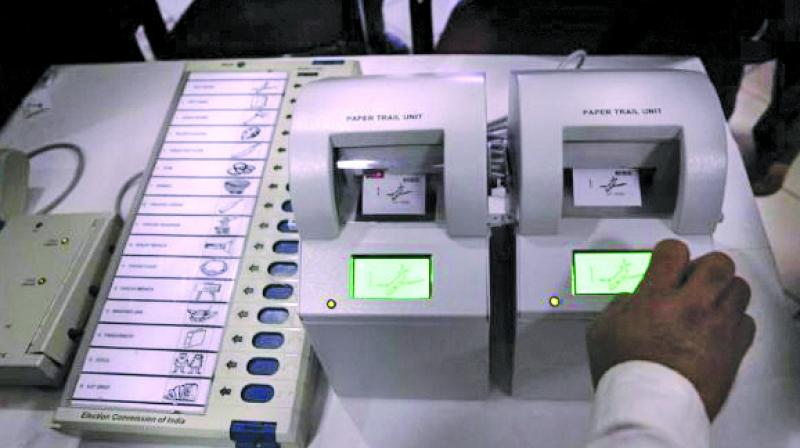 According to the state branch of the ECI, extra police personnel will be deployed at sensitive polling stations.(Representational image)

Mumbai: The voter verifiable paper audit trail (VVPAT) system will be used in the Palghar and Bhandara–Gondia Lok Sabha byelection in Maharashtra for the first time. Earlier in 2014, the VVPAT system was used in 13 Assembly constituencies of the state.

According to an official of the state branch of ECI, “Critical polling stations have been identified as: one in Dahanu, six in Boisar, and seven in Nalasopara of Palghar LS constituency; and two in Tumsar, 20 in Bhandara, 13 in Sakoli, 15 in Arjuni Morgaon, and 63 in Gondia of Bhandara-Gondia LS constituency. Naxalie-affected polling stations have been identified as 12 in Sakoli, and 59 in Arjuni Morgaon.”