Reportedly, the state had assigned MHADA the task of redevelopment. 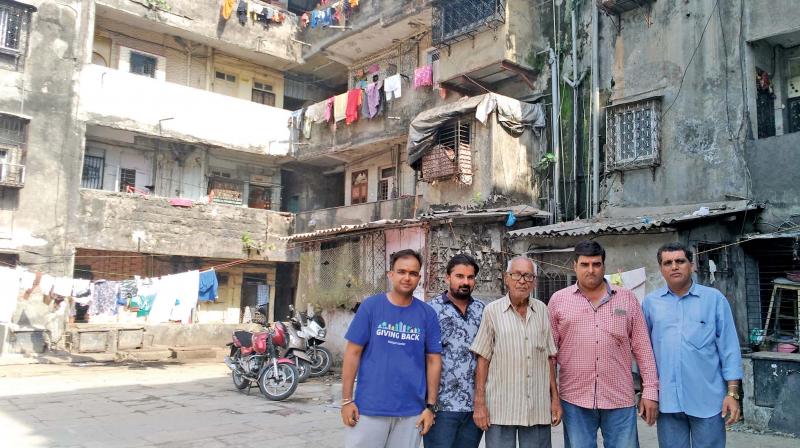 Residents of the dilapidated building.

Mumbai: Residents of around 25 dilapidated buildings in the Sion-Koliwada Punjabi camp have been served notice by the BMC to vacate their premises. Last month, the state cabinet decided to give these residents free-hold ownership rights, where they could redevelop their properties by themselves.

The residents also claimed that last year, chief minister Devendra Fadnavis had promised to redevelop the camp on the lines of the BDD chawl however nothing had been done on ground, yet.

Vikas Harjai, a resident of a dilapidated building, said, “We don’t wish to live here either, but if there is no redevelopment policy, how can we leave?”

Reportedly, the state  had assigned MHADA the task of redevelopment. “We have been regularly following up with the CM as well as MHADA but no policy has been formed yet,” Mr Harjai alleged.

But when The Asian Age spoke to MHADA officials, they said that the residents did not give any confirmation for redevelopment. “The residents have not made it clear whether they want self-redevelopment, a private developer or MHADA. So, we did not initiate any planning,” said a senior MHADA official from the Mumbai board. Currently, the HC has restricted the BMC from taking any action till June 5.