Siddhant has been booked for murder under relevant sections of the Indian Penal Code and remanded to custody. 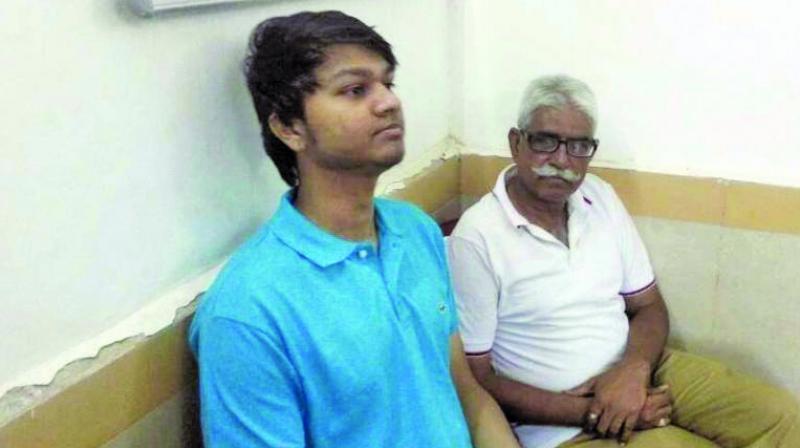 Mumbai: Siddhant Ganore, 21, who was arrested on Thursday for allegedly murdering his mother, has been remanded in police custody till June 2. The accused will be questioned to ascertain the reason behind the murder. According to police sources, the murder was triggered by frequent quarrels between the accused and his mother.  The investigators are also trying to find out if someone helped him to escape after the murder.

Siddhant, the son of a Khar Police Inspector Dyaneshwar Ganore, was arrested on Thursday evening from Jodhpur in Rajasthan, where he had fled to after allegedly murdering his mother on Wednesday. Siddhant was brought to Mumbai early on Friday morning and presented in Bandra Court. The Magistrate remanded him to police custody till June 2.

Siddhant, an engineering dropout had enrolled for the Bachelors of Science Degree course in National College and was not doing well academically which would lead to his mother Deepali admonishing him and subsequent fights would break out between the duo.

According to the remand report submitted to the court by the Vakola police, the cops are still unclear on what was the immediate trigger that led to the murder. The police further told the court that they suspected Ganore had received help in escaping the city. “We are not sure whether he ran away alone or was helped by someone. We also need to investigate what the mother and son fought about or was it a fight between the husband and wife that made him angry,” stated the remand report. A police source in Vakola confirmed the same and also revealed that they suspected someone helped him escape.

Siddhant has been booked for murder under relevant sections of the Indian Penal Code and remanded to custody.

Siddhant is the son of Dyaneshwar Ganore, a police inspector who investigated the Sheena Bora murder case. According to sources, Siddhant boarded a train and left for Jodhpur on the night of the incident. He had allegedly stolen some money and left his phone behind so that police would be unable to trace his location.

Siddhant had allegedly stabbed his mother five times in the abdomen and four times in the neck after a fight and also left a note beside the body.

Youngsters have an inability to cope up with unrealistic expectations made by parents. This could lead to an extreme emotional outburst. It is very important to educate children and adolescents about coping methods to deal with stress and pressure is the need of the hour.
— Dr Ajit Onawale Clinical Psychologist