Friday’s trial revealed that the train slows down by itself, and the software will have to be corrected in order to speed it up again. 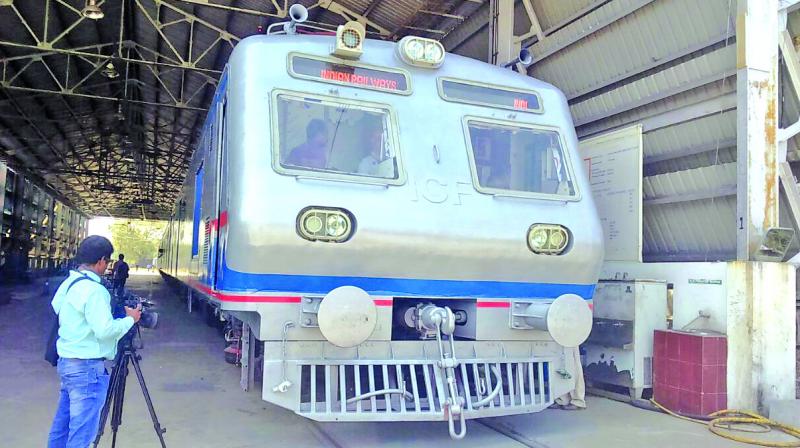 The trial was conducted at 12 am on Friday.

Mumbai: Mumbaikars wait for the air-conditioned (AC) local train just got longer. Early on Friday, Western Railway (WR) held a trial run of the much-awaited suburban AC train, which was marred by technical glitches, thus throwing officials into a tizzy. The trial was conducted at 12 am on Friday, when the train ran from Mumbai Central to Borivali, and then to Virar.

The trial was kept under wraps as the railways have already attracted enough criticism from the public over the inordinate delay in operating the train. The previous trials conducted by the Central Railway (CR), were also failures, said sources.

The CR had received the AC train from the Integral Coach Factory, Chennai last April. After conducting trials of its own, it handed it over to WR on Wednesday since it was deemed “impossible” to operate it on its tracks due to factors like the height of the train – it was too high for the rail-over-bridges, a faulty air-conditioning unit, software glitches and conduction of electricity.

Friday’s trial revealed that the train slows down by itself, and the software will have to be corrected in order to speed it up again.