When the police rescued the boy, he was standing outside the Thane suburban railway station and was crying. 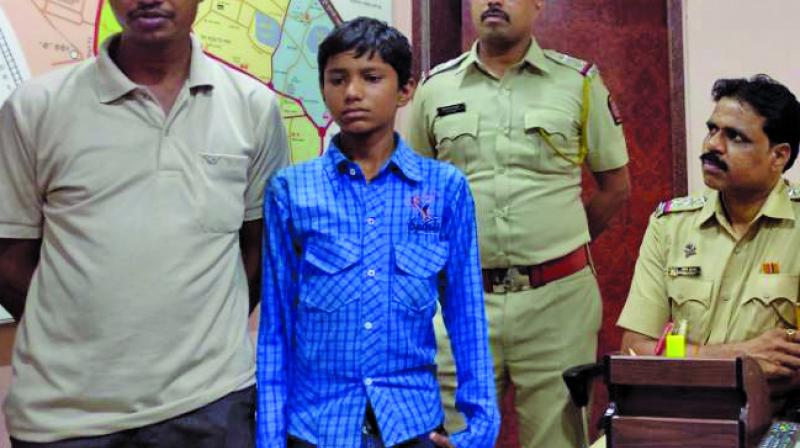 Mumbai: The Thane city police on Thursday found a 14-year-old boy, who was allegedly kidnapped at knife-point by a few unidentified men from Gujarat three days ago and brought to Mumbai. When the police rescued the boy, he was standing outside the Thane suburban railway station and was crying. The incident came to light after two policemen of Naupada police station spotted the boy weeping, while they were patrolling area outside Thane railway station.

According to the boy, he escaped from the clutches of his abductors after they arrived at Mumbai Central railway station from Gujarat on Thursday.

When the officers enquired with the boy, and they learnt about how he had escaped his kidnappers after he was picked up at knifepoint from near his residence in Nikol in Ahmednagar. In his statement to the Thane police, the minor Dilip Mahato said that he was playing in a public ground near his residence, when few men came in an Eco car.

They alighted from the vehicle and bundled Mahato at knifepoint in the car. He claimed that he could not raise the alarm as he was held at knifepoint and was left unconscious after his kidnappers made him sniff something.

“Mahato said that he gained consciousness and found himself travelling in a train with at least ten other boys. After reaching Mumbai Central railway station, Mahato sneaked out along with another boy,” said Sukhada Narkar, Thane police PRO. The Naupada police contacted the Nikol police station in Ahmedabad and learnt that a kidnapping case was registered.

“Since he is underage a case of kidnapping was registered as per procedure. The Nikol police will look into the details of the case and will investigate further,” added Mr Narkar.

The police said that the details shared by Mahato need to be verified by the local police to ascertain its authenticity and what unfolded from the time he went missing till he was found at Thane.