Advocate Firdos Moosa, who appeared on behalf of stall owners, said that the court has asked them to file a reply. 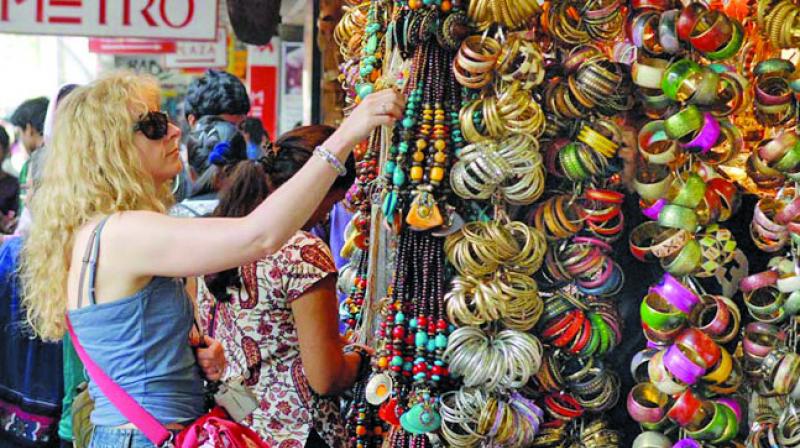 Fashion Street attracts tourists from across the world.

Mumbai: The Brihanmumbai Municipal Corporation (BMC) has filed a notice of motion in the Bombay high court against its earlier order, which restrained the civic body from demolishing some stalls on Fashion Street in south Mumbai till June 8. The BMC argued that before issuing notices to the stall owners, it had allowed them to make their case and also presented photographs to the court showing how stalls on pedestrian walkways were a violation.

A division bench of Justice Prakash Naik and Justice Makarand Karnik was hearing the motion filed by the BMC, which wanted the HC’s stay on demolition to be vacated. “We have informed the court that our actions are in accordance with the law. Their structures are affecting pedestrians. We have given them license for street carts, therefore, whatever boxes they have constructed will be demolished,” said Anil Sakhare, BMC’s counsel. Advocate Firdos Moosa, who appeared on behalf of stall owners, said that the court has asked them to file a reply.

On Tuesday, the high court granted interim protection to stall owners and directed the BMC to maintain status quo till the matter is heard further on June 8. The BMC had issued notices to more than 50 stall owners at Fashion Street, which read that during inspection the identity of several license holders did not match with that of stall owners, and those with licence had occupied more area than allotted. The civic body also alleged that many stall owners were selling goods other than which they were permitted to.

Refuting these claims, advocate Anand Grover, on behalf of petitioners argued that the inspection report was contrary to the order of revocation issued by BMC. According to advocate Grover, the petitioners tried to serve their reply to the BMC but the officers did not accept their service and hence they moved the high court seeking its intervention.