In Malegaon, Congress has to form an alliance with the NCP and Janata Dal to get a mayor in the city. 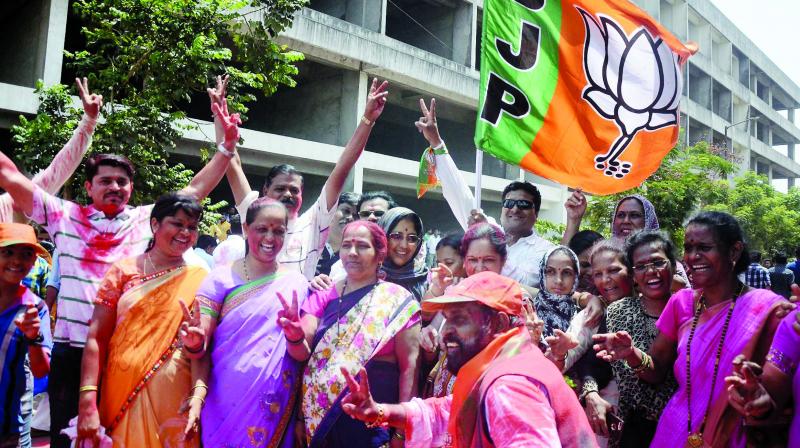 A BJP candidate celebrates his victory in the Bhiwandi civic polls in Thane district. (Photo: PTI)

Mumbai: The Bharatiya Janata Party (BJP) and the Congress have scored victories in one municipality each in the fresh round of civic body elections held in the state while in the third, the Congress is likely to join hands with the Nationalist Congress Party (NCP) to get a mayor elected.

Winning 51 out of 78 seats in the Panvel Municipal Corporation, the BJP proved that winning seats has become almost a habit for the party in the state.

The Congress retained its hold on the Bhiwandi-Nizampur Municipal Corporation, which is important for the grand old party as it shows that the minority voter still backs it.

In Malegaon, Congress has to form an alliance with the NCP and Janata Dal to get a mayor in the city.

Winning Panvel is a significant for the BJP, as the city is known as the gateway to the Konkan region. While the BJP has been victorious in the state, it has failed to make in-roads into the Konkan. With the next Assembly elections looming closer, the party leadership is working hard on this region and the victory will boost the morale of its cadre in Konkan.  Similarly, winning Bhiwandi and Malegaon was an important for Congress’ ‘secular’ plank, as both cities have sizable number of Muslim voters. 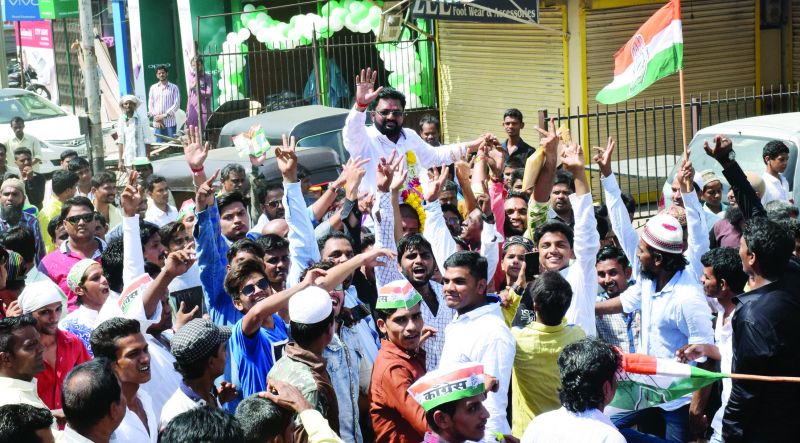 Hand emerges winner in Bhiwandi-Nizampur
The Congress, which was contesting the Bhiwandi-Nizampur Municipal Corporation polls on its own, won a single-handed majority, bagging 47 seats out of 90. The BJP emerged as the second-largest player in city, winning 19 seats. While the Shiv Sena stood third with 12 seats, the Samajwadi Party and an Independent candidate go two seats each. The local Konark Front won 4 seats. 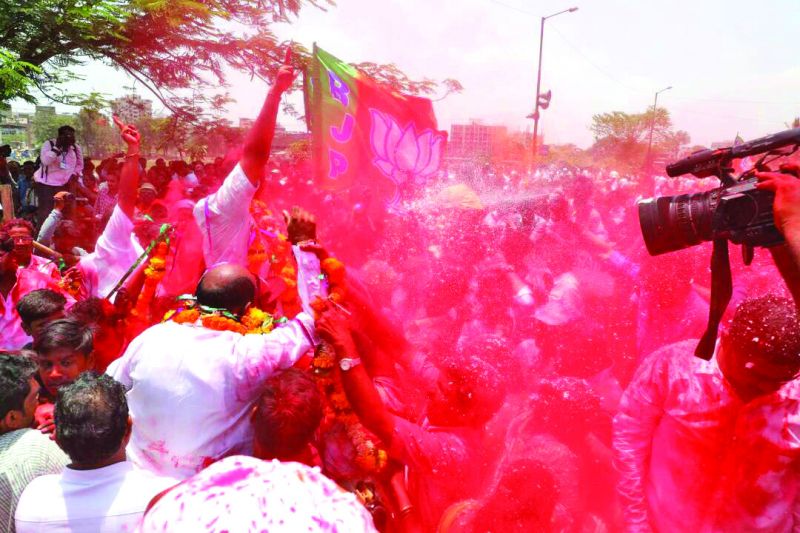 Saffron party makes a splash in Panvel
After winning 12 out of 14 municipalities, the BJP did extremely well in Panvel. Earlier, the city was in the grip of the Peasants and Workers Party (PWP) and Congress alliance. This time, the BJP — which was contesting the polls alone — was up against a formidable alliance of the PWP, Congress and NCP. The Shiv Sena too went it alone for the elections. However, the BJP ultimately stood head and shoulders above the rest, bagging 51 seats out of 78. The PWP won 23 seats whereas Congress and NCP managed with two seats each. Shiv Sena and Maharashtra Navnirman Sena (MNS), meanwhile, scored a duck. 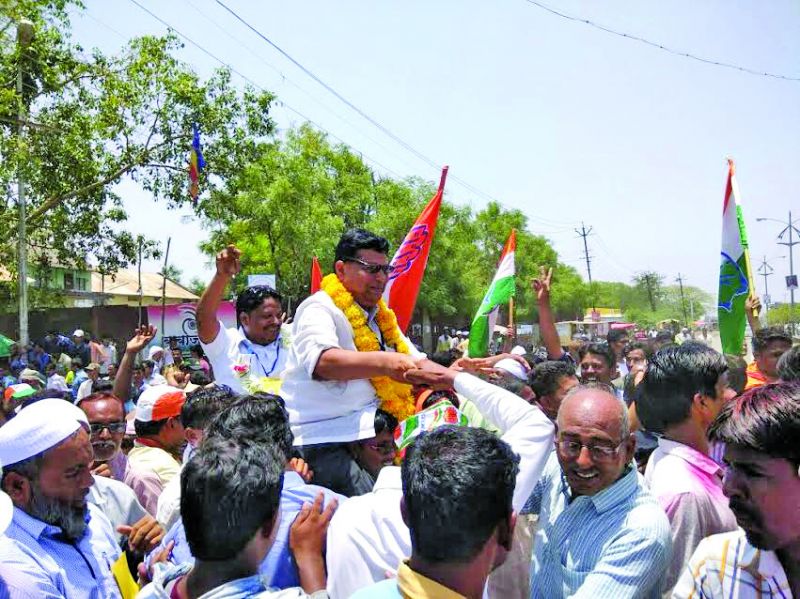 Congress wins big in Malegaon, tie-up soon?
A hung verdict was visible in the Malegaon Municipal Corporation (MMC) though the Congress won the largest number — 28. To form a majority, the alliances will need 43 seats in the 84-member House. The election also saw the BJP creating history. The saffron party won nine seats and opened its account in the Muslim-dominated town, while the All India Majlis-e-Ittehad-ul Muslimeen (AIMIM) won seven seats.  The NCP-JD alliance stood second with 26 seats while the Shiv Sena improved its tally by two seats, winning 13 in all. In the NCP-JD alliance, the JD won six seats but refused to form an alliance with the Congress. However with its 20 seats, the NCP is comfortably placed to align with the Congress and come to power in this impoverished municipal corporation. The BJP, in an unprecedented move, had given tickets to 29 Muslim candidates including 16 women, however all of them lost by small margins.

Shiv Sena’s fortunes shrink considerably
The Shiv Sena could increase its tally only in Malegaon, and by two seats at that. Shockingly, it couldn’t even win a single seat in Panvel. This in spite of Sena chief Uddhav Thackeray addressing a campaign rally in city and the party deploying Thane guardian minister Eknath Shinde there for the polls. Recently, the Sena shrank to forth place in the state in the zilla parishad and other civic bodies’ elections. Though the party has won the Thane civic body on its own and has remained number one in Mumbai, its performance in other parts of the state is declining.